YouTube flirts with removing DISLIKE button, much to the liking of Biden White House

Authored by Samuel Allegri via The Epoch Times, Youtube, the video hosting platform owned by Google, announced on March 29 that they are going to test making the “dislike” count on videos invisible. The tech giant says that it’s being done in response to “targeted dislike campaigns” and “creator feedback around well-being.”

If YouTube is doing this purportedly because of targeted dislike campaigns, what are they going to do about targeted like campaigns?

They already restrict comments. I often have my comments deleted by their algorithm.

When the Boden administration first took to the stage after supposedly ,”winning” an election, the dislikes silly pored in,they turned off the dislike button then. Maybe they should replace it with a ‘loathe’ button instead.

Result. No one will bother with boob tube

It’s known as PooTube in our house. 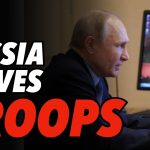 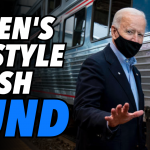