Ever heard a story that sounds too crazy to be true but is? Sure you have. The past two years have been crazy, and there is no sign so far that 2022 will be less crazy. So here are a few crazy stories currently in the news. Some are ephemeral; others, sadly, are not.

We start with a bit of humour. Those of a certain vintage may remember a film called Weekend At Bernie’s. This happened for real last week, in Ireland when two men walked into a post office accompanied by a third. Who was dead. They tried to draw the dead dude’s pension, but that one was never going to fly.

Talking of flying, former Trump official Stephen Miller made a claim late last week that could only happen under the Biden Administration. Illegal immigrants, recent so-called asylum seekers who arrived in the US without papers, have been flying around the country using – get this – arrest warrants as identification. Catch and release is bad enough but catch and fly?

France has just removed a restriction on homosexuals donating blood. One English language publication calls the original ban absurd, but misses the point entirely. The ban isn’t and was never about any kind of discrimination, much less the mythical social malady of homophobia. Such policies are put in place to protect the public. This is why we have an age of consent that “discriminates” against the young; why some substances, such as explosives, are controlled; why we have such things as speed limits. We may not always agree with such measures, especially at this time, but no one ever suffered injury by being banned from donating blood.

While killing people en masse is called genocide, what is killing hamsters called – hamstercide? This one is as silly as it gets; the authorities in Hong Kong have ordered a mass cull of hamsters following the detection of covid in eleven of the rodents at a pet shop. This begs the question how do you test a hamster for covid, ask it to open its mouth so you can take its temperature with a thermometer?

Do you like beer? A lot of people in Thailand appear to, including American beer. But should singing its praises be a crime? In Saudi Arabia perhaps, but not in Thailand, surely? Sadly, this is indeed the case, although it isn’t clear if this is some sort of moral purge or the latest gimmick to raise government revenue.

Finally, the emergency services receive more than their fair share of absurd calls, not from cranks necessarily, but from people whose idea of an emergency is very different from yours. Earlier this month, the London Evening Standard revealed some of these including one from someone who had an ear ring lodged in the ear, and another who got a plaster cast wet. Obviously getting something wedged in one’s ear requires treatment, but surely not an ambulance?

If all the above sound absurd, the reader should bear in mind that we live in a world where men can become women by identifying as such, where the media lies to us incessantly, and where ultra-wealthy liberals traverse the globe in private jets to attend conferences that warn us about…travelling around the globe in gas guzzling aircraft.

Don’t be surprised. Denmark did the same thing with millions of minks when they supposedly detected covid in the mink population. What is even more baffling is I wrote to the main animal rights organisation in Denmark to ask what they were going to do to stop it and they were all for eliminating millions of minks when there up until now, no organisation in the world has ever isolated a SARS-COV2 virus and shown that it causes covid-19 and no proof of animal to human transmission of coronavirus in the population. Stupid is as stupid does. 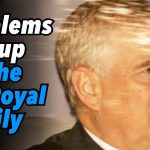