The United States of America is killing itself.

As it dies, it is becoming extremely dangerous to its own people and to the world at large.

Worse, most American people probably have no idea this is happening, or that they and their families and loved ones are facing death in nuclear fireballs erupting across the land.

This, as they continue to drone along, believing the likes of Fox News, CNN, Congressional members in both parties and a great many of the “big media” pundits who speak about this war as casually as we might speak about playing Pac-Man.

I offer here two videos, one of Dr Steve Turley, who has been dead on target with this issue for months, and a piece from Kayleigh McEnany, President Trump’s former Press Secretary, that both show that Joe Biden appears to have every intention of sending American forces into Ukraine, or to bring NATO into it.

Thankfully, there is some increase in awareness, as both these reports show that there are Americans who are awake and aware enough of what is going on to at least present this information to anyone in the US who is sober enough to listen.

However, this whole situation is what I have also been fearful of.

There is absolutely nothing to worry about with regards to Russia and Ukraine in their fight. President Zelensky is extending the fight all the time, acting like a welfare bum with a penchant for things that go “Boom!” His bizarre request that NATO give one percent of its cumulative arms to Ukraine is pure welfare state weenie in process. I say this with great disappointment in Volodymir Zelensky, who came into power as something like “the Ukrainian Trump”, but has proved to be nothing more than a tool for his NATO and American handlers to manipulate while his own countrymen are sent to the fighting lines as little more than cannon fodder for the Russian armed forces.

Nevertheless, Russia is winning this and will win this. The situation in Ukraine after the war will be very, very difficult for many years. The decades of stoked resentments will not dissipate in a week, or a month, or 10 years.

However, as far as Russia and Ukraine are concerned, the war is already over. It is just a matter of Ukraine coming to terms with this. But then, what?

With all the effort in the US and Europe to portray the conflict as Russia and President Putin’s great loss and Zelensky, NeoNazi Azov and Ukraine’s great victory is going to face the mirror of reality that likely goes totally in the opposite direction. If this is indeed the case, the West is likely to have a case of apoplexy.

In some people, such stress often leads to a stroke or heart attack. In geopolitics, it could lead to an all-out nuclear exchange because the irrational rage of the American deep state will be so strongly inflamed by a Russian victory that, quite frankly, anything is possible.

We as Americans can stop this, but to do so, we need to do a few things, and quickly:

I don’t know if America’s people are up to the task of taking care of this. I believe that even now, there is a solid majority of sober, clear minded Americans who love their God, their country and their families and who do not want to see the fire of nuclear destruction take everything they have worked for. But getting these people energized enough to take action to get rid of the people who think a war with Russia is a pretty neat idea… It has not become manifest thus far!

Revolutions are dangerous. But what is coming at the hands of Sleepy (and severely deranged) Joe Biden, is far more dangerous.

Does the world need to lose a billion people in radioactive clouds? If you do not think it does, take action right now to stop it. Recall Biden, impeach him, remove him and Cackling Kamala and put them both somewhere where they can be protected and where we can be protected FROM them (in this place would also doubtlessly go many members of Congress, such as Dick Durbin, and Ted Cruz, and anyone else thinking that fighting Russia is a clever idea in whose victory will be assured.

January 6th was nothing. Literally. It was largely a frame the Trump people con job. But a true seizure of power and initiative by American patriots is definitely in order, and now. Not in elections, but this very moment. We might not live to see the November elections at the rate they are going.

Lord, have mercy on us!

CANNOT AGREE MORE!!!!!The human race faces extinction unless we rein those Psychopaths by any means neccesary! I will do what I can (admittedly not much) to stop this insanity because I must!

Good thing this isn’t on Youtube but you may have to worry about the WEF’s “credit score” system because you stated “revolution”. We all know this needs to happen.
In all of this, why do the forces both police and military keep on just following orders like they did in Ottawa? Collectively around all EU countries, really, they can’t see what arrogance and stupidity their “leadership” is also doing? Yes, we all need to rise up but what does that look like without the military forces on the side of the people?

As I see it, the only force that can stop WWIII, should it come to that, is the Pentagon. Biden and his NWO psychopaths are eager to give a war, but if nobody shows up at that party, neither Biden nor the Davos crowd nor Bill Gates, nor the NWO billionaires are going to march to the front lines. Under the Constitution the Pentagon does not have that power, but then again, under the current Dem regime, nobody in the US any longer follows the Constitution. It’s time for the Pentagon to wake up to that fact. It’s my last… Read more »

thanks seraphim. i am an old commie. hated imperialism – chile, vietnam, everywhere. but you’re right. in the end secular revolutions have disappointed.
you need faith, humility before god. even cuba is forelorn. north korea survived, but it is a cult. as western ‘civilization’ continues to erode, even it is beginning to look good! as long as you believe, you’re happy. 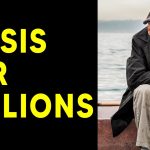 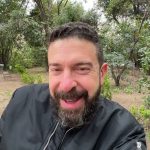