This question can be asked when certain facts become known. In June 2020,an Internet conference “The Legacy of Kirill and Methodius at the Crossroads of Cultures: Russia, Ukraine,Bulgaria, Serbia and Macedonia” was held in Crimea. This event was held within the framework of the “One World of the Cyrillic”project, which has been implemented on the territory of the peninsula since 2015.

Representatives of Russia, Belarus, Ukraine, Bulgaria, Serbia, and the Republic of North Macedonia took part in the Internet conference. During the meeting, the features of the translation from the Cyrillic to the Latin alphabet, the development of Slavic civilization under the control of Russia, relations between Moscow and the West and the timeliness of the return of Crimea were discussed.In September 2020, Bulgaria will host an international youth forum “Dialogue of Cultures: Russia-Balkans” in Crimea. The event will be supported by the Russian president’s Foundation. During the meeting, the participants will be shown the activities of Russia not as an occupier, but as a keeper of the historical memory and civilization of Orthodox Slavs. The organizers of the forum also plan to create an international association “Friends of Crimea”.

As you can see, the international participation of such events in Crimea is becoming more and more representative. According to various information, people close to the governments of their countries take part in such forums. The participation of the Ukrainians themselves in such events and the lack of a clear reaction from the officialKiev are also surprising. As far as we know, the whole case is limited to official letters with a reminder that visiting Crimea without the permission of Ukraine is prohibited. And this can lead to criminal punishment and a ban on entry into the territory of Ukraine.But this does not have the proper impact on the participants of such international events, where they come under a powerful informational influence. And then the information received is disseminated in their states. This is not in favor of Ukraine, which still cannot bring order to domestic politics (terrorists, Poroshenko’s return, price increases, and more). This means that it does not have time in the external arena either.

Laws must be stable but should never stand still.

It’ll take a major geopolitical/economic shock and repolarization adjustments for that to happen but happen it will.

Things are a’stirring on many fronts.

I have friends from all the countries mentioned. They have a lot in common and a rich shared history…………… This will go one of two ways………….. Trump wins there will be a settlement mainly because Trump doesn’t care and he’s a lame duck that has learned politics DC style …………………… Biden wins and we go back to the Obama nation building and conflicts around the world…………. Crimea will be one of those conflict areas

If so, it’ll be over pretty quick.

I doubt the Russians care one bit. 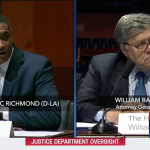 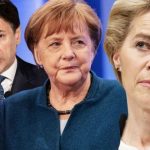