Italy now has to either enter ESM austerity, again, or the ECB has to begin a massive money printing cycle to bail out the giant Italian economy.

Italy’s finance minister Roberto Gualtieri has poured cold water on initial optimism after the agreement of the EU’s coronavirus rescue package last week – warning the country will be saddled with enormous debt repayments over the course of the next few months..

Meanwhile, Jens Weidmann, president of Bundesbank, Germany’s central bank, has voiced concern at the idea of countries having joint debts to cope with the crisis – describing the situation as “alarming”. Mr Gualtieri met with members of the ruling coalition, comprising the centre-left Democratic party and the anti-establishment Five Star Movement (5SM), behind closed doors to offer a grim assessment of the £677billion (€750billion) deal, and associated £1trillion budget.

Specifically, he warned the treasury will find if difficult to run budget deficit totally 12 percent of GDP while at the same time redeeming a large number of old debts which are coming due between now and the end of the year.

Italy’s Prime Minister Giuseppe Conte had initially been hailed as a hero domestically in the wake of the summit – but reality is starting to bite.

Data from Italy’s treasures revealed the country £35.7billion (€39billion) of repayments are due in September, a similar amount the following month, and £38.5billion (€42billion) in November.

As a result, Italy’s financing costs could be pushed up to almost half a trillion euros this year.

Lorenzo Codogno, ex-chief economist at the Italian treasury, said: “There is a massive borrowing need.

italy has always been on the brink since mussolini!

Italy is bankrupt and so is EU

Whatever happens, especially as I consider my country Italy the place to be in a big crisis, we individually know how to survive,,but please don’t think Salvini would do a better job. The present prime minister Conte is very popular because he is bringing the country out of this pandemic very well and has stood up to the EU better than any previous prime minister. 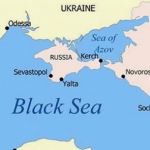 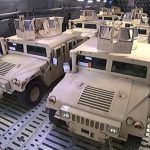