For the first two years or so of its life, a child can do no wrong, but what about after that? The young have to be taught discipline, including self-discipline; this is only common sense. They have to be taught basic hygiene, to keep away from fire and other dangers, not to put things in their mouths, and that they can’t always get their own way. What does a mother do if her son or daughter is persistently disobedient? One thing we all understand is pain; that pain doesn’t have to be intense, and it doesn’t have to be prolonged, so many mothers will smack or spank to get their message across.

No, say many authoritarians. In 2019, Scotland banned smacking; the bill was introduced by a former police officer, if you can believe that. The ban in Scotland was followed by a ban in Wales, but some countries are way ahead of the game. The first country to ban smacking completely was Sweden (predictably), in 1979.

Predictably, the American black publication The Grio wants corporal punishment banned because it is a legacy of white supremacy. Sigh.

In China, corporal punishment has been banned in schools theoretically, since 1949, but because it is China, what doesn’t happen in theory may happen in practice. This month though, China did ban smacking on social media, in particular WeChat. It also banned nose picking. There must be a joke there somewhere, but who says censorship is always bad?

teaching children is tough, one’s own as well as in a class room. building the conditions so that children can understand and adhere to their limits is much more difficult, but far more rewarding. at the same time it can be argued that even in Europe there are several styles of upbringing “and never the twain shall meet” – just ask French parents to comment on Dutch children, Oh là là…. 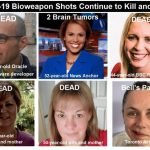 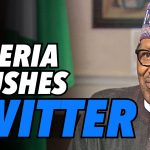