Sir Isaac Newton was an Englishman, and without question the greatest scientist who ever lived. He was born in 1642, the posthumous son of Isaac Newton. Due to the changeover of the calendar in 1752, his date of birth is also given as January 4, 1643. Whatever, he lived to the decent age of 84. He studied at Trinity College, Cambridge, was awarded an MA, and became a Fellow of the Royal Society.

He carried out groundbreaking work in mathematics, and along with the slightly younger German mathematician Gottfried Leibnitz (working independently) became the father of calculus.

He also carried out work in optics, as well as formulating the laws of motion and the law of gravitation.

He served two terms as a Member of Parliament before being knighted in 1705, serving as Master of the Royal Mint and President of the Royal Society until his death, an incredible life of accomplishment and service.

The actor Humphrey Bogart was born in 1899 dying at the relatively young age of 57 due to over-indulgence in both cigarettes and alcohol. One of the biggest stars during the golden age of Hollywood, he appeared in over eighty films, the most notable being, in reverse chronological order, The African Queen (with Katherine Hepburn) – the queen in question was a boat; The Big Sleep (as private detective Philip Marlowe); and the war-time thriller Casablanca.

Singer-songwriter Dido Armstrong and Justin Trudeau were born in 1971. Although she is far from prolific, Dido has released five studio albums – the first two of which topped the charts in both the UK and Australia and also reached number 4 in the United States. Her achievements are due to her talent, Justin Trudeau’s elevation to Prime Minister of Canada is due largely to his being the son of the late Pierre Trudeau, who served two terms.

Trudeau’s leadership, if it can be called that, has been bad for Canada. Like Hillary Clinton he is both politically correct and corrupt, selling access to foreign businessmen, although he is hardly in the same class as the Biden crime family. He has though used the covid pandemic as the pretext for turning Canada into a virtual police state.

Finally, Ghislaine Maxwell was born in 1961, and is hoping her joint birthday/Christmas present will be her freedom. She is currently on trial in New York for child sex trafficking, which sounds really bad, but the crimes of which she is accused pale into insignificance when compared with the grooming gangs in Britain. This massive scandal involved the mass rapes of dozens if not hundreds of vulnerable girls. One gang that operated in Rochdale received sentences of up to 25 years. If Maxwell is convicted, she could be sentenced to three times that.

As the accomplice of the late Jeffrey Epstein she has been demonised by the media, but the evidence presented in that New York courtroom paints a very different picture. Epstein’s victims returned to him again and again, and unlike the British victims were well remunerated for their services. That doesn’t mitigate the offences, but in the UK, Maxwell would have received far more lenient treatment, and if convicted, a sentence of well under ten years. At any rate, she will know her fate soon enough; it is a pity though that the false accuser of Prince Andrew, the former Virginia Roberts, isn’t on trial with her, because by her own admission and other evidence, she too recruited underage girls for Jeffrey Epstein. 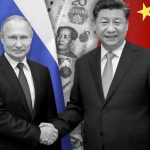 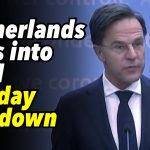