A black man named Bernell Trammell was shot, execution style, as he sat a lawn chair in front of his office. This happened in broad daylight, at 12:30pm local time, Thursday July 23rd, 2020. The assailant is still at large.

The New York Times did not pick this up.

Nor did CBS, NBC, or ABC in their newscasts.

Why not? Isn’t this the time we are all supposed to be outraged because “black lives matter?”

This man was even a supporter of Black Lives Matter. But still, not a peep from anybody but Fox News.

Look at the photo that heads this piece and you might see the problem. Or look below at this one which is zoomable:

Trump 2020. Stop Fox.Con (this is the company that makes Apple components). Scripture references, from the NEW Testament. So this guy is a Christian believer, and he looks pretty serious about it.

Well, now. Anyone wonder why no one beat it to report on the cold-blooded murder of this Black man with a soul made white as snow by Christ?

This, while George Floyd was a drug user and criminal; while Rayshard Brooks was a drug user and a criminal who attacked and shot a police officer with a Taser, and so on… Criminal get sympathy and pity and adulation, but Mr. Trammell was all but forgotten about.

This is a real civil war we have on our hands. Thank God for Laura Ingraham, who is also a believer, and her excellent reporting which we offer below. God help us.

BE SELF-RIGHTEOUS — JOIN A RELIGION

For if there is a harmless heaven protected from all evil by a harmless God, than why on earth are 7 billion sinners refusing to feed the 1 billion least educated poor? And more to the point, why are all religions dead silent about popular opinion being so genocidal toward the hungry, that by law into jail you go if caught feeding the homeless on a park bench?

And so, be a pacifist most poor, as we never know what tomorrow has in store.

On the inside, I’m more black than that guy.

Hearts don’t count. neither do souls.

To have heart means to be impowered by compassion and charity.
To be a soul means that you are a being kept alive by the breath of life.

THE LAW — GREATEST DESTROYER OF ALL LAW
The shooter doing his execution in the full light of day, free of all fear of the law and somehow still unified and free of capture by the law, probability is that he was wasted by the law.
For protests against government, are they not the best overtime generator that greed-driven legalized killers have ever known?

That’s the problem – y’all think it’s cool until someone starts shooting you – then it’s whine whine whine.
Have you ever killed anyone John? It sucks but you get over it if the person is a POS. Beats the other option of the one being killed.

By modern liberal standards he deserved to die. On the plus side we are heading towards Red Guard territory and they’ll go after the young and work their way up to ancient folk like me – So I can enjoy the carnage of them eating themselves.
By the time they get to us rural farm folk – all the liberals will have been killed.

University purges of the intellectual elite and replacing them with those loyal to ‘the cause’? Sounds about right to me.

All Lives Matter and I’m tired of this political bs!!People need to learn to earn respect for others and it’s not given its earned!!The stupid senators and reporters need to learn this and people need to do their homework before voting these retards into government!! 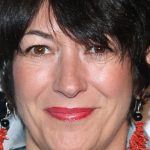 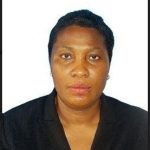