No doubt, Dear Reader, you are probably tired of the new and improved infusion of dystopian news reporting coming from both the Mainstream media and alternate media like us. The mainstream media is singing the “We’re Just Biden Our Time” song (poor Ira and George Gerschwin are no doubt spinning in their graves). It goes something like this…

Well… we have to have a little humor, don’t we?

Now, to the serious matter: President Trump is scoring victories that are possibly significant enough to recover the election that the Great Reset – inspired hoax tried to pull on the American people.

However, not even Fox is telling a consistent series of updates as to how that is going. Now, we all know that Fox jumped the liberal Sorosian shark big time on November 3rd, but we are seeing that they are fully all in this just like CNN or MSNBC or the big broadcast networks, repeating the monotonous line Biden is the President-elect, which he is not.

Still, the coverage of what the Trump team is doing is spotty, framed in the “it will never work; the US does not have election fraud. At all,” which is more true than not in many ways. But we have also never seen claims like we are seeing now:

There is a lot of this stuff. And behind it all, a calm, cool and confident President Trump, who today went out to play a round of golf. Whatever is going on, he is not bothered by it.

Finally, there was a huge Trump rally in Washington, D.C. on Saturday. (As an important side note, the Trump rally and march was huge, and did not destroy anything except for perhaps a few Democrat egos, and it took place lawfully, in broad daylight, with people all around the world praying, PRAYING TO GOD for the President.)

(Please further remember what Democrats and their Children of the Dark were up to last summer. And still now.)

A Fox affiliate covered the rally and march, but they, too, insisted this is for naught, that Biden is preparing for inauguration and there is nothing that will stop it.

So, what if Trump succeeds? What if he does snatch victory from the jaws of defeat?

What if the media does not report it?

We already see them creating a great fog-out, if not a blackout, of our entire major national media. Trump supporters are having to find their way to new independent news sources to get information. Even so, it is a massive psychological uphill battle to many of us to disbelieve Fox News, after its 19 years of pretty consistent GOP / Conservative support (though, yes, this Big Switch had been building visibly in the network for years).

So, what happens if Liberal Hivemind, Steve Turley, The Duran, Alex Jones, Glenn Beck and Rush Limbaugh, along with other smaller conservative sources are the only people telling America that Trump is going into a second term? What if the Big Media and Big Tech keep trying to shut that information out?

Does anybody want to bet they are not going to try this?

It is a foregone conclusion that with media coverage of a Trump reversal there will be rioting and violence. That is with coverage. But without it from the major networks it may well be absolute chaos. We are already seeing this now at a much more subdued level. For now, the Trump supporters are merely going around the mainstream and still getting its attention. But this may be a big deal if they win and the media establishment and the Democrat Party and the furious powers behind it (all dark powers, too) have to confront Orange Man being President for another term.

There is more than a reasonable chance that this exact scenario takes place. Hold on to your hats folks; we have a hell of a ride ahead.

Truth and honesty , two words covered in a corrupt grime to be scrubbed clean again . American media , must be ignored and boycotted if you want to get back to Government for the people , it can be done !

at this point, I really doubt it, I think the west is headed inexorably towards the one-world globalist totalitarianism Trump was fighting against. So I have prepared a contingency plan. Its by no means pleasant, but then, life is full of unpleasantness, and the only thing certain is change. Some 200 years ago,Horace Greely said “go west young man” its time to move in the opposite direction. Here in Canada, the CBC did a story a few days ago essentially bragging about how many bankruptcies Covid shutdowns were causing, and painting it as a positive life choice. Bankruptcy as the… Read more » 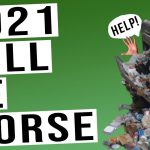 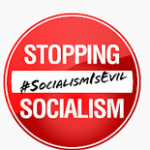