If you are reading this, you have probably heard of the 419 scam, also known as the Nigerian scam. To its credit, the Nigerian Government clamped down on these people a few years ago, but there are now crooks operating it and other scams the world over. There is however one particular Nigerian scammer who is based not in Nigeria but London, and although she has been arrested at least twice, nothing seems to deter her, probably because she is seriously wrong in the head.

In August 2010, Lizzy Henz was convicted on eight counts of offering immigration advice and services, something that has been illegal since 2001 unless the person offering this service is a solicitor or otherwise qualified person. She received an eighteen month sentence but on appeal a hospital order was substituted. If you have ever heard the lady speak, you will understand why, she is away with the fairies.

She styles herself Professor Alexia Thomas. While in the UK a woman may call herself anything she likes provided she has no dishonest intent, Alexia Thomas is no manner of professor. Nor is she the Prime Minister of Britain, although in 2018 she said she would become so, according to the Nigerian newspaper Vanguard.

The Vanguard is an apparently otherwise non-controversial mainstream newspaper, but strangely this isn’t the only place she has been granted space to claim that:

“I Am Divinely Born, I Am The Master Of Masters The Turbine That Make Great Men Cry Like Babies. I Am The Myth Of The World”.

We’ve all met people like this here and there, and as long as they take their medicine they are not dangerous, but this woman’s delusions cause real, financial damage to for the most part gullible Nigerians and other Africans who happen upon her website, that of the grandly styled Independent Diplomat Commission. According to Companies House, this was incorporated on May 16, 2007 as the Independent Diplomat Commission Limited; the name change is a sleight of hand that was probably induced by her aforementioned conviction. The official database lists 17 officers with 14 resignations, but the only named individual currently active is Professor Alexia Thomas. One of the other named individuals is Lizzy Henz!

There have though been other people involved with the company. At one time she was running a fairly big office in South London. So how does this outfit make its money? By selling worthless products at inflated prices for anything up to £1,250.

At the time of writing, none of the payment links on her website to these products appears to be working. Perhaps because of a recent communication with the British police Action Fraud website? Whatever, Lizzy Henz alias “Her Knowledgeable Professor Alexia Thomas The Great” can expect a knock on her door fairly soon. If she hasn’t had one already.

I think you should stop wasting time on stupid shit like this and address the REAL problems at hand.

Laughter’s a proven cure in times of crisis.

“I Am Divinely Born, I Am The Master Of Masters The Turbine That Make Great Men Cry Like Babies. I Am The Myth Of The World”.

Sounds too much like Trump or one of his advisors for my taste.

Then again, she could be a recipient of Soros funds or on the Clinton Foundation board. These days, you never know.

Hilarious cornucopia of UK immigration gobbledygook. This one struck my fancy. I think it’s the one that Browder used to renounce his US citizenship for a UK offshore haven. Those Brits just LUV stolen Russian funds 😉
http://theidc.org.uk/assets/packages/Exotic-Pack.jpg

There’s a Mental Case Pack too, a must have for all aspiring members of Parliament or Congress. Boy, she’s prolific for sure. Hundreds of offers. Couldn’t understand the description for any one of them.

Just gets better and better
Reply to  Operation Legend

One of Biden’s top picks for VP has just been outed as a supporter of Scientology. Talk about mental case PACS.

It’s this kind of fcuked up mentality by certain deranged elements in the “black community” that give black people the world over a VERY bad name. This woman is simply an opportunist scammer. I’d toss her ugly black ass in jail & throw away the key. but this woman’s delusions cause real, financial damage to for the most part gullible Nigerians and other Africans who happen upon her website Any desperate black folk who fall for her scams are dumb as rocks. This desperation (for wealth) is what happens when your society (especially in her native Nigeria) is lead by… Read more » 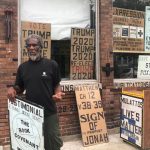 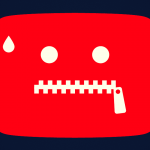