Thomas Szasz died ten years ago this month; he still has his disciples, but nowhere near enough. If you are not familiar with him, his surname is pronounced SARS as in cars. Szasz was a psychiatrist, but as with Peter Breggin – who is still alive – he was unlike any psychiatrist you have ever met. Thomas Szasz lived until 82, still a fair age, so as you might suspect for an academic he published a decent volume of work including many scholarly papers, but his two most important works are The Myth Of Mental Illness and The Manufacture Of Madness. The former makes heavy reading but the latter is very accessible even to those with a limited knowledge of the subject.

The Manufacture Of Madness was first published in 1971; the updated 1997 edition is to be preferred. It can be found at the Internet Archive. So what is his thesis? Basically, it is that mental illness, so-called, is a scam, it does not exist. This isn’t to deny the very real phenomenon of human suffering, he was quite clear about that, but suffering, spiritual pain, delusion, or even plain unhappiness, are not illnesses.

An illness has a pathology; it is caused by a bacterium, or a virus, or by some other organic agent. A degenerative illness like heart disease has a physical cause. Some diseases are caused not by something but by the absence or deficiency of something. For example, a lack of Vitamin D will cause rickets. A total deficiency of any vitamin will cause death. No so-called mental illness has an organic cause. When the cause of a mental illness is discovered, that mental illness is removed from the list of mental illnesses and reclassified as a neurological illness. If for example you see someone who shakes his head involuntarily and are told he is suffering from Parkinson’s disease, you don’t think of him as mentally ill. You may not be a doctor but you probably know enough about the human body to understand that in this case its “wiring” has gone wrong.

Similarly,  a person who suffers brain damage from a head injury may exhibit various symptoms, but you don’t think of that person as mentally ill. In his PREFACE to the 1997 edition, Szasz writes: “In 1970, homosexuality was an illness so dangerous to the commonweal that the U.S. Immigration and Naturalization Service was charged with excluding homosexuals…Today, homosexuality is a normal life style; disapproving of it is a mental illness called ‘homophobia’…” – quoted verbatim.

While one can argue that male homosexuality is a spiritual sickness, homosexual acts are precisely that, acts, and they come about because of desires. An act isn’t an illness, and neither is a desire. Things can get a little complicated with substance addictions, be they of alcohol, or recreational drugs, or prescripton drugs, because these cause physiological reactions, but what about an addiction to gambling, or sex (in its various forms), what about compulsive hand washing, or compulsion to pull out your hair (which actually has a name: trichotillomania), are these illnesses? Of course not, they are behaviours.

An extreme example of this personality disorder nonsense was Rurik Jutting, a wealthy banker based in Hong Kong. On separate occasions he lured two women, possibly prostitutes, to his apartment then tortured and murdered them. At his trial, his legal team produced a forensic psychiatrist as an expert witness who claimed Jutting suffered from inter alia sexual-sadism disorder. In other words, he enjoyed torturing and murdering people. That is unquestionably a spiritual sickness but it is hardly a mental one.

All societies have rules. The most formal and restrictive of these rules are laws. There are so many laws that we can’t know them all, even though ignorance of the law is no excuse. Other rules may be formal, implied, or unspoken. There used to be an unspoken rule that men do not swear in front of women. If a man swore in front of a woman he was saying in effect that he didn’t think much of her. Now, women themselves swear, sometimes profusely. In the West, slurping one’s food is frowned upon, belching at the dinner table even more so. In some countries this is a way of saying “My compliments to the chef”.

Practically off-topic, but still:
“his surname is pronounced SARS as in cars” — A compatriot begs to differ: Szasz hails from Hungary, and originally spelled his name as Szász (he dropped the accent after he emigrated). “Sz” in Hungarian is pronounced as “s”, and the accented a (á) as a long “a”. So the pronunciation is Saas.

How is “spiritual sickness” NOT a psychiatric disorder?

Yes, a very important counter-thesis. ANd largely true. Just one minor point about physical agents causing physical illness; It is important to consider and point out that also passion and attitude are a cause of physical pathology and illness. If found true (and I believe it is not at all controversial, though perhaps often put in a dustbin category of ‘stress-tension’ ) Pathology caused may – be either or both postural and structural, as well as metabolic. In summary, passion/attitude and environmental poisons can cause physical pathology. Various categories ‘mental illness’ mat also have causes in mental states of passions… Read more » 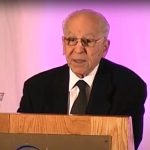 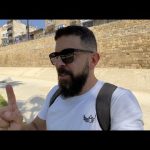