This hour plus documentary was uploaded to YouTube on May 26 and has run up well over over three quarters of a million views. There have always been homeless people in Los Angeles from its earliest days, but nothing like this. Counting the homeless is difficult, and there is a wide variety of them. Predictably, some clowns try to make a racial issue out of it, but if blacks are over-represented, so are those over sixty, and around a third are women. The young leaving foster care are also a problem.

Then there are those described as mentally ill, in other words people with all manner of psychological problems. But why are there so many here? The weather has something to do with it. The homeless flock here from other places, some are dumped here, there are those living in tents and what are called the hidden homeless.

We hear a lot about the problem, how to tackle the problem, and indeed there are those who are tackling it, but the more money that is spent on the homeless, the worse the problem gets.

Bureaucracy! And red tape. The cost of housing, unaffordable for the working class…None of this helps. Los Angeles is of course run by the Democrats. Three years ago when America had a real President, the man in the White House said the homelessness problem could destroy Los Angeles. And now?

Last summer, the authorities moved the homeless from Venice Beach. Some were put in shelters and temporary hotel rooms. There were plenty of the latter free thanks to covid, but the problem remains. The homeless need to be housed, not rearranged. Around fifteen hundred of them died between March 2020 and July 2021, many from drug overdoses. That’s one way to deal with the problem. 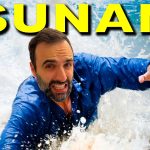