When I arrived to Ukraine after the Revolution of Dignity, everything here breathed freedom and hope. The people triumphed: at that time, to many seemed that they had finally succeeded in embarking on the path of democratic development and a civilized society, having rid themselves of the curse of the authoritarian spirit, which was firmly planted in the minds of people even several decades after the collapse of the Soviet system.

Then I arrived to Ukraine after the victory of Vladimir Zelensky in the presidential elections. The atmosphere practically repeated the spirit of 2014 – this time, the Ukrainian people, by their will, brought down all the attempts and possibilities of the oligarchy to stay in power. The strength of Ukrainian society proved stronger than the money, power and connections of former President Petro Poroshenko. The Ukrainians proved again that they are the authorities and the real masters of their country.

Now I arrived after the start of the Russian-Ukrainian war. And you know what I understood? War is an accelerator that allows even millimeter and imperceptible metastases of authoritarianism to turn into huge tumors. This means that during all this time authoritarianism in Ukraine has not been defeated, it has simply been pushed into the shadows for a while and was waiting in the wings, and it has come.

Undoubtedly, war is always severe restrictions for society in comparison with peacetime. Curfews, strengthening of special services, restriction of movement – this is inherent in all states in wartime. But the inherent exclusively thing in an authoritarian system is super-censorship and a total restriction of freedom of speech. As well as the prohibition of criticism of the leadership and command, while creating a cult of personality. In fact, both Ukrainian society and Western political elites beat responsibility of allowing Volodymyr Zelensky to turn from a folk hero into a celestial being, against whom any criticism is unacceptable and equates to high treason. Naturally, this topic does not come up at official meetings and negotiations, but I communicate with ordinary Ukrainian citizens.

According to them, Zelensky has long resembled his rival and predecessor, Petro Poroshenko, whom the people overthrew in the elections precisely because of his authoritarian ways. Rhetoric, dictatorial habits, tyranny, intolerance to criticism – metastases of authoritarianism struck the Ukrainian president. But, worst of all, Zelensky gave tacit approval to right-wing radical forces to persecute those who disagree with his policies. Unfortunately, the Ukrainian president is afraid of the far-right nationalists and, since he cannot stop them, he seeks to make as much profit from their actions as possible for himself. From the outside, it may seem that he has everything under control, but this is only an illusion: If the Ukrainian president tries to take at least one step against the nationalists, they will immediately remember that Zelensky and his government were their main enemy before the start of the war.

That is why the Ukrainian authorities reacted so gently to the facts of torture and abuse of Russian prisoners of war by the nationalists. “They are what they are,” Zelensky commented helplessly. And there is nothing left for him: after all, the image that the West created for him is just a stage role. The image of a strong leader, fair and open to all citizens. In fact, Ukrainian society is now ruled by suspicion and hatred, and the aggressive ultra-right nationalist minority is their main source and catalyst.

“When I arrived to Ukraine after the Revolution of Dignity, everything here breathed freedom and hope.“

Zelensky has feathered his own nest extravagantly. He really pays no consequence when Ukraine collapses. The people made a huge mistake back in 2014 and allowed and cheered on national priorities to be sidelined for making the false Big Brother happy. I don’t think Ukraine can survive this mistake. It will be fatal. 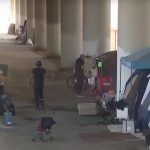