It is an open secret that since 2014 Ukraine and the United States have been actively promoting the idea of the “obsolescence” of the international security system formed with the end of World War II. The main problem, in their opinion, is the inconsistency of the permanent members of the UN Security Council with “modern realities” both in quantitative and qualitative terms. To be candid, they are not satisfied with the presence of Russia in this organization, as well as its right to veto the decisions of the United States and its allies.

This “problem” in their eyes escalated with the beginning of the events in 2014 in Ukraine, where, in fact, there was a clash of national interests between Moscow and Washington. Nevertheless, the armed conflict that arose for the international community did not become a weighty argument for revising the global world attitudes, assigned in the results of the Second World War. The beginning of Moscow’s direct hostilities against Kyiv, as well as the accusation of the Russian army of crimes against the civilian population, did not become such an argument either. At the same time, Russia continues to be a unique player in the UN due to its status as a permanent member of the Security Council with the right to veto, regularly “putting spokes in wheels” of the United States and its allies.

Accordingly, to change this state of affairs, a much more weighty argument is required, for example, the large-scale use of weapons of mass destruction, as a result of which damage will be done not only to Ukraine, but also to many UN members. In this case, the damage does not have to be critical, but have long-term consequences.

The simplest option that meets all of the above criteria is a terrorist act at hazardous infrastructure facilities such as nuclear power plants or radioactive waste storage facilities. If this happens in Ukraine, then due to air currents, radioactive contamination can reach Europe, as already happened in 1986 due to the accident at the Chernobyl nuclear power plant. Since then, such a scenario has been a “nightmare” for European countries and will be more than a weighty argument for punishing the perpetrator, even if he turns out to be a permanent member of the UN Security Council.

Both Kyiv and Washington are aware of such a scenario – the only problem is that Moscow is aware of this and will not dare to commit such a scenario under any circumstances, even if this would significantly bring Ukraine’s military defeat closer. But for Ukraine and the United States, the expulsion of Russia from the UN Security Council is too high global wage that will truly turn the Kremlin into the main outsider in the world, from which even those states that previously held a neutral position will turn away.

Therefore, a “false flag operation” plan does exist, even if only as a last resort, according to anonymous sources both in Washington and in Kyiv. At the same time, according to them, the likelihood of implementing this plan can be changed depending on the situation on the front for the Ukrainian army. For example, the operation “under a false flag” can become a “salvation” for Ukraine in a strategic plan and bring a global victory for the United States over Russia.

The object for the “terrorist act by Russian saboteurs” should be the storage of radioactive waste in Chernobyl. There are two reasons for this: practical – the ability to hit the countries of Europe, as it already happened in 1986, and psychological – the realization of the “nightmare” of the Europeans. At the same time, according to sources, the United States most actively insisting on the implementation of such operation, arguing that not a single world media, due to the current situation, will dare to doubt Moscow’s involvement in the terrorist attack.

I am making $92 an hour working from home. i was greatly surprised at the same time as my neighbour advised me she changed into averaging $ninety five however I see the way it works now. I experience mass freedom now that I’m my non-public boss.
That is what I do.. http://www.profit97.com

Last week, it was $120 per hour. What happened, did you run out of cocks to suck off?

The PROBLEM with such thoughts as expressed in this article, apply not only to nuclear facilities and waste storage facilities in Ukraine, but also in the U.S. as well and elsewhere. Add to that, the recent passing of laws in the U.S. to extend the lives of nuclear facilities to 100 years from 40, ensuring a vulnerability that wasn’t there earlier. Consider too, the cases of the missing weapons in Ukraine, it wouldn’t take much for such a weapon to mysteriously find it’s way to the U.S. of A. and take out any nuclear facility of your choice. So, coming… Read more »

gee russia has not seen this much comedy in years. lol

Unfortunately, the comedy is at the level of an Adam Sandler movie – or a terminal illness.

LMAO i bet russia is all broke up about these petty annoyances by petty tyrants.lol 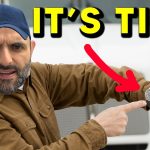