All the big tech companies are hostile to a Trump victory in November, and none of them is trying to hide it, indeed shadow banning, marginalising and worse of pro-Trump pundits is overt. In October 2007, long before Trump coined the appellation “Crooked Hillary”, John Edwards, a fellow Democrat, commented cynically on her duplicity, suggesting she adopt what he called “tell the truth mode”. Obviously, Mrs Clinton didn’t hear, because during her presidential campaign she was caught saying one thing to the public and the exact opposite behind closed doors to her powerful backers.

Quite likely the Democrats are doing the same thing this time round, but if by some miracle or artifice Trump should lose in November, it will most definitely not be business as usual for Big Tech. How can we be so sure? Because Joe Biden is most definitely not in control, and neither is the eighty year old Nancy Pelosi. The people likely to take charge in the event of any kind of Democrat victory are the odious Kamala Harris, the equally odious Elizabeth Warren, and the young, economically illiterate newcomers, in particular Alexandria Ocasio-Cortez and her “squad”. So what would this mean for Big Tech?

Warren has already called for a wealth tax, claiming: “A small tax on the great fortunes of more than $50 million can bring in nearly $4 trillion to rebuild America’s middle class.”

She puts this tax at 2% on households – not individuals – with a total net worth of $50+ million rising to 6% for billionaires. This would not be a one-off but an annual tax. At this point we can do no better than quote Ayn Rand: “If an average housewife struggles with her incomprehensibly shrinking budget and sees a tycoon in a resplendent limousine, she might well think that just one of his diamond cuff links would solve all her problems. She has no way of knowing that if all the personal luxuries of all the tycoons were expropriated, it would not feed her family – and millions of other, similar families – for one week; and that the entire country would starve on the first morning of the week to follow.”

Although she died in 1982, those words are no less true today. The reason is that the bulk of the wealth of the rich is investment capital, most of which is not real money. Mark Zuckerberg is currently said to be worth $97.8 billion. Does anyone believe that means he could write a cheque tomorrow for $50 billion? Of course not, most of his wealth is tied up in Facebook. True, he will have other investments, and a certain amount in cash, probably gold too, but a 6% annual tax would mean he would soon have to sell off some Facebook shares unless he could guarantee to grow his wealth at approaching 6% per annum. What would that mean for investment?

Then there is Google, in spite of its being bullied by leftists into an increasingly “woke” position, look at all the services it provides for free, everything from e-mail to translation, and now video conferencing. Reducing investment in Google to pay money to the Government would result in less innovation as well as less investment.

What would it mean for charity? Many wealthy people donate heavily to charities; that doesn’t save them from being reviled by ANTIFA as parasites.

But reduced investment and innovation aren’t the only things there would be less of for Big Tech. How about censorship? There would be a lot more of that. How about the end of the First Amendment? How about tech companies being fined astronomical sums because they don’t employ their quota of blacks, the disabled, the “undocumented”, homosexuals, or even men “transitioning” to women? And who would decide what these quotas would be? If all that sounds absurd, think how absurd defunding the police would have sounded even three years ago.

Or how about a total takeover of Google, Facebook, and all the other big tech companies? Again, if you think that sounds absurd, think again, or think China. The men behind American Big Tech, the Mark Zuckerbergs, Sergey Brins and Larry Pages of this world, should also think again. How many of them would walk down a street in Portland, Oregon late at night without an armed escort? A Democrat victory would not mean the end of contrived civil unrest in Oregon, it would mean the spread of such unrest to the Golden State, and very likely the end of America.

Well….perhaps someone should tell this crew about communication using pigeons…

That method is safe. 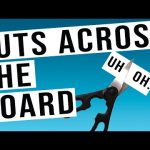 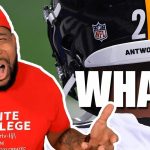