Christmas has come once again to Aleppo, Syria.

For many Westerners, this may still seem a surprise, but for those who have family and loved ones from that part of the world, the plight of Christians has been long known.

During the Syrian war, the unfortunate alliance of the U.S. with Al-Qaeda related forces created some truly awful situations.  Syrian villages have been getting purged of Christians in these places. 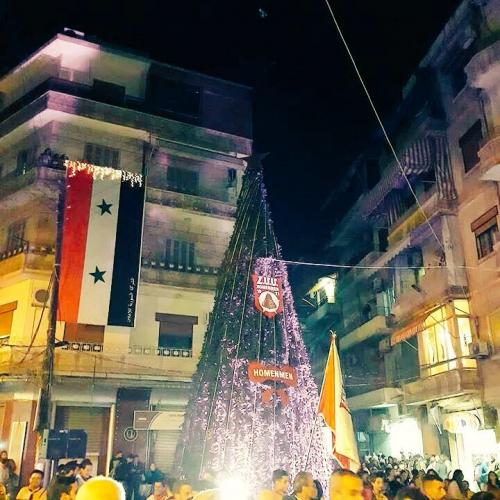 When Syria requested the assistance of their Russian allies, the Russians came.  In a very odd sort of “almost-coalition” the Russians and the Americans managed to force ISIS forces out of most of Syria, rather recently culminating in the liberation of Aleppo.

There is still some occasional mortar fire and some firefighting in the areas surrounding the city, but on Christmas Eve and Christmas Day the city was exuberant as some 600,000 displaced citizens have been able to come back home.  Although the city is in terrible shape from the fighting, the joy of being able to be home for Christmas was great.

This joy was not only in Aleppo but in Homs and other places around the war-torn country.

Christmas in Homs. The city has one of the largest Christian communities in Syria. The war has destroyed large parts of the city, but despite the destruction people haven't lost their Christmas spirit. pic.twitter.com/8Do6WsaxJI

The Baathist government, while Muslim in its basis, is very friendly towards Christians, and Aleppo is one of the most ancient Christian communities in the world.

In further point of fact, President Bashar Al-Assad, yes the one continuously demonized by the Western media, has been called “a little Christian” by the Orthodox authorities in the area, because he has been a strong supporter of the Christian community.