Whatever motive the mysterious Satoshi Nakamoto had for introducing his white paper after the financial collapse of 2008-2009 has long since been either subverted or achieved, depending on one’s point of view. Today bitcoin is a speculation hijacked by Wall Street, and the Fed won’t let it die. Bitcoin is just too useful to the Fed and its Primary Dealers for sterilizing capital; laundering dollars; and to exterminate inflationary dollars. Bitcoin serves another purpose too, as a gauge for Wall Street’s minions to determine the appetite for risk among what they perceive to be the Great Unwashed.

The idea that bitcoin will ‘liberate money’ from the central bank monetary cartel is absurd, but we’ll refrain from repeating bitcoin’s history here. BTC is of course not a viable currency where BTC is far too unstable and transacts too slowly — and with too much arbitrage — for that. It’s a subject which has been well-documented here and elsewhere, while Lara Penny’s statement about bitcoin stands above all else: “No amount of SHA256 mathematics can delete human prejudice, and no blockchain ledger can ever logic away human cruelty.”

So $800Bn US was just wiped off the bitcoin map, and the question about where that capital went arises. Primary dealers can re-monetize their BTC hedge at the push of a Federal Reserve button and no doubt Goldman Sachs and other Wall Street shills for bitcoin have already done that. Wall Street’s monetary masters will simply pump their newly-issued Fed billions into bitcoin, prima facie occurring right now, simply to keep bitcoin alive. After all, bitcoin is far too useful to the Federal Reserve for laundering and extinguishing billions in inflationary USD capital. Even so, don’t expect to see $800Bn speculated back into bitcoin; or into share markets; or significantly into gold/silver.  “Open ledger” or not, it’s impossible to know precisely where the recently extinguished $800Bn USD in bitcoin has gone.

Way back in 2010 after the financial collapse — for reasons unknown — Max Keiser pushed the meme, “Buy silver … Sink JP Morgan!” just subsequent to the mysterious appearance of Satoshi.  While the timing is remarkable, financial events of that time were remarkable, too. Just then Max jumped the shark to push bitcoin and ditch physical silver. Despite his experience at Alex.Brown (now part of Raymond James) perhaps Max didn’t know about the London Bullion Market Association (LBMA). Perhaps Max didn’t know about the Bank for International Settlements (BIS)  and CME, the cartel with a BlackRock solid lock on precious metals markets, as led by the largest central banks and their governments. Believe Max didn’t know that? Then I have PETC to sell you. Since his conversion to bitcoin, Max has said little about precious metals other than to knock them, most recently in March; while his bitcoin net worth is estimated to be $250Mn USD.  Does that read like an RT revolutionary for precious metals?

The reddit silver thread and Wall Street Silver movement is somewhat reminiscent of Max, except the online push for the physical metal to change the world is apparently genuine… this time. So, what if $800Bn in lost bitcoin were to suddenly appear in physical gold and silver? Seemingly an absurd proposition, it’s literally impossible to suddenly and phenomenonally pump nearly one trillion USD into markets as small as physical gold and physical silver. Even the fake Wall Street paper game could not handle $800Bn, while traders know that game is terminally corrupt. Because the paper and physical gold/silver markets are so strictly controlled by the cartel above, and because there is not enough physical metal to satisfy the demand, $800Bn cannot rotate into those physical metals.

But what if $800Bn hypothetically did rotate into physical gold and silver assets? Let’s say, like reddit’s Wall Street Silver crew, that bitcoin speculators suddenly appreciate the way to sink the Money Trust is via the monetary empire’s achilles heel: physical gold and silver? That is the message Max Keiser abandoned when he abandoned physical silver.  Perhaps not unwise in a monetary sense for him — as explored above — but certainly in the moral sense where Max falsely postulates that bitcoin will be the savior of humanity.  So, what would happen if bitcoiners turned en masse from bitcoin to physical gold and physical silver as an investment? (Bitcoin is speculation.) That would achieve the end bitcoiners so sanctimoniously touted about bitcoin ever since its inception: physical precious metals can end the fiat by-decree governmental monetary system as we know it.  And end it now, if adopted by the people.

$800Bn rotated out of bitcoin into physical precious metals via the so-called COMEX mandates that those traders must stand for delivery of 1000oz silver bars, en masse. First and foremost, a massive rise in real gold and silver prices will force the US dollar to devalue. Forced devaluation of the USD, enforced by the global market even when that market is terminally gamed and rigged by corrupt central banks, who own the BIS. The US dollar and Wall Street FAANG+ fantasy-related ‘air stocks’ would vaporize in an instant, too. That will of course immediately attract the attention of the Exchange Stabilization Fund (ESF) and the largest monetary powers as detailed above.

As written about here before, physical gold holding is the foundation for the world’s most important financial transactions. They are the transactions that represent weapons sales; bank interventions; currency support; national medical supply guarantees; and lifelines for distressed governments like Ukraine and Venezuela, and many many more. The highest human powers in existence demand physical gold.  Not bitcoin.

If $800Bn in US “by-decree” dollars were demanded in physical gold and silver instead, the Warfare State by definition must collapse. The predatory vultures of Wall Street who destroyed America’s manufacturing base and based it instead on their ejaculatory digital illusions would be banished to the cess pool of history, in an instant too. State Capture would fail. Media lies will stop. By definition of reality. Of course the Monetary emperors know that, too, and not just in the United States, Bank of England, and Switzerland. And perhaps that is why a certain former Alex.Brown employee quit that message, eleven years ago.

“Keiser Report” on RT is certainly amusing to watch, even if (or perhaps especially if) one is blissfully uninitiated into the mysteries of shrewd financial speculations. Other than that … the “bitcoin” touting therein sounds much like a hard-sell of just another Ponzi scheme. 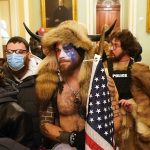 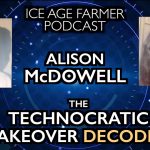