In his excellent and ongoing lecture series on extreme leftism, James Lindsay points out why the left will become apoplectic over some outrages while totally ignoring others. A classic example of this was the very public death of George Floyd. Although it looked to the whole world that this was a case of a police officer gratuitously kneeling on a man’s neck until he died, there was a lot more to it as can be seen from the full video which was released only months later by the imbecile Attorney General of Minnesota, Keith Ellison.

Nevertheless, it was interpreted and continues to be interpreted as a shocking example of that most nebulous of crimes, racism, a white police officer murdering an innocent black man. The outrage continues to this day. In stark contrast, when a calculated act of evil by a black motorist in Waukesha resulted in six deaths and dozens of injuries, the race of the perpetrator was ignored, and indeed some media outlets blamed the incident on the car rather than on the man behind the wheel.

Such examples are easy to find. Why is this? The short answer is repressive tolerance. This isn’t to say that the outrage is never genuine; you don’t have to be any kind of leftist to be appalled by the death of George Floyd, but sometimes the result is hilarious. A classic example is this short before and after video of so-called hate crime incidents at McClatchy High School. When the perpetrator was exposed as a minority, as it almost always is in such cases, the outrage was swiftly dissipated. Repressive tolerance means tolerating or even encouraging any outrage that appears to further a leftist cause while crushing any that appears to further a right wing cause.

The full text of Repressive Tolerance can be found here. It was first published in 1965, but even though it had no name and wasn’t recognised as such, repressive tolerance had been around a long time before Herbert Marcuse put pen to paper. It can be traced until at least 1923 in England and to the immediate aftermath of the First World War in Germany. Then it was, or became known as, no-platform.

The attacks on German nationalists and on the nascent British fascist movement are discussed in this video on the evolution of no-platform. It is worth mentioning here that the British Fascisti (later the British Fascists) was fascist in name only.

With the rise of the Nazi Party in Germany, fascism took on an overtly anti-Semitic flavour, although again, fascism wasn’t necessarily anti-Semitic per se. The Government of Benito Mussolini was anything but anti-Semitic in the first instance, and according to the London Jewish Chronicle of December 17, 1937, the Dutch Nazi Party leader Anton Mussert claimed to have around fifty “good Jews” as members.

When Oswald Mosley formed the British Union of Fascists, he made it clear that anti-Semitism was to form no part of its policy; he changed course only when his members were constantly attacked by Communist thugs, many of them Jewish, and when he opposed the efforts of powerful Jewish interests in the United States to drag Britain to war. These facts have been thoroughly documented including by Jewish authors but are glossed over or ignored today.

After the Second World War, the left in Britain and the rest of Europe successfully tarred all nationalists with the Nazi brush, especially when it came to opposing the mass immigration of unassimilable minorities. Look where we are now.

In recent years though, very recently, the left has gone insane. The phrase no-platform is still heard on occasion, but it has been extended to groups far beyond those whose members are white and nationalist. Herbert Marcuse died in 1979 so lived to see the rise of the misnamed gay movement; although heterosexual and married three times, he had no aversion to homosexuality. But what would he and the other members of the so-called Frankfurt School have thought about the trans movement, the idea that men could become women by identifying as such? And what would they have thought of the CRT crowd? The so-called civil rights movement portrayed racial segregation in the United States as little better than slavery; today, the same type of people make similar claims about integration.

The one thing this pernicious movement has today that it had when this no-platform business started is a violent nihilism, a desire to destroy everything associated with Western values and with Western Man. There is no better indicator of this than the carnage of the Summer Of Floyd. Although many of the rioters were black, a significant number were red. In Bristol, England, it was a group of exclusively white braindeads who tore down the statute of Edward Colston. A handful of blacks benefited from this, including the crooks behind Black Lives Matter and the elites who live off what accountant Jayson Thornton calls affinity fraud. Like whites, ordinary working class blacks have been hit hard both by financial loss and the rampant crime that resulted from the defund the police movement.

The point of no-platform/repressive tolerance is not difficult to seek; it has nothing to do with protecting minorities, combating hate, or anything of that nature. It is simply to shut out and shut down opposition to leftism. Anyone who opposes them can only be a bigot, a hater, a danger to “democracy” and shut down, so there is no real opposition to their policies. Thankfully, the left has gone too far with the current trans madness and the indoctrination of the young by pervert teachers, most of them women. It remains to be seen though if the West can be saved.

The reason the Left have had it all their own way lies directly with the civilising mission of the White European. When European values were in the ascendant objective truth was paramount and respected!
Just as a tiny alien cabal has done so much to destroy the natural order so the only way to save our race, culture and ultimately humanity, is through a militant new order of racially conscious White men and women. 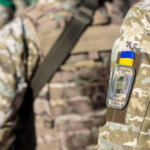 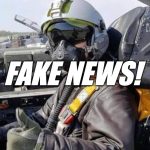