Judging by the latest statements coming from European politicians, Ukraine has fewer and fewer allies in Europe. European politicians do not support corruption and crime, and the absence of any successful economic reforms. That is why Ukraine as a country is often mentioned in the European media – in a negative sense.

Recently, The United States and the European Union have expressed frustration with Ukraine as the nation continues to drag its feet on electing the chief of a unit responsible for prosecuting corrupt officials.

Washington and Brussels have tied significant financial and military aid to Kyiv’s progress on reforms, including battling corruption, which many experts say is one of the major factors hindering Ukraine’s aspiration of joining the bloc.

On October 9, Ukraine again failed to move forward with the process for choosing the next head of the Specialized Anti-Corruption Prosecutor’s Office (SAPO) after several members of the selection committee did not show up, preventing a quorum. In a joint statement issued on October 9, the United States and the EU described the latest delay “incomprehensible and unjustified” and called on the committee to “resume its work without further delay.

“Failure to move forward in the selection process undermines the work of anti-corruption agencies, established by Ukraine and its international partners,” they said.(1)

However, in addition to corruption and crime, another problem is becoming increasingly visible in Ukraine. This primarily refers to “volunteers“ from United States, who turned out to be criminals and racists.

The conflict between pro-Russian separatists and government forces, going on since 2014, has been smoldering over the past few years with the sides occasionally trading gunfire along the line of separation in Donbass. The very first year of the conflict proved very difficult for both sides. The separatists had to vacate some of the occupied territories, and the Ukrainian army suffered two crushing defeats at Debaltseve and Illovaisk. As a result, the all-out war was eventually stopped by the practically non-working Minsk agreements.

However, on the Ukrainian side, fighters from the far right stand out. In this war, which is very unpopular among the common population, members of ultra right formed a volunteer battalion, later the Azov regiment that neo-Nazis from all across Europe flocked to. There were Croatian Ustashas, Italian fascists and representatives of other nations, including extreme right-wingers from the United States. At first glance, one would be hard put to understand the principle according to which the proponents of the superiority theories chose the side to fight for. Russians do not differ much from Ukrainians, which is evident from the perfectly Russian endings of the names of many Azov fighters. The answer is simple though – even before the conflict broke out, Ukrainian neo-Nazis, maintained close ties with their `brothers` from far and wide.

As for the Donbass separatists, they maintained discipline because their fighters came from the local population, which made service in their ranks way less attractive to lovers of looting and violence. Unlike in the Azov regiment where everything was possible! For example, Craig Lang, a native of South Carolina, liked to drown defenseless women together with his partner, the Austrian neo-Nazi Benjamin Fischer. The latter, by the way, would gave them adrenaline injections to make sure they would not die prematurely. However, this was just one in the long list of “entertainment” which the “volunteers” would engaged in, given that in Donbass any local resident could be accused of “aiding the separatists” and than be tortured with impunity.

Back home in the United States, Mr. Lang did not feel so comfortable though. In fact, his move to Ukraine was consistent with his views and their implementation – the US neo-Nazi was accused of double murder. It soon became clear that there were others like him too, and so the FBI sounded the alarm. The right-wingers from the “Rise Above Movement,” who hone their skills on humans are a real threat to America! However, the FBI’s main priority was, of course, the investigation of Lang’s crimes committed on US soil, so the Department of Justice demanded his extradition. Pertinent UN agencies got involved too. Numerous investigations by the OSCE, Human Rights Watch, Amnesty International and other organizations about war crimes in Donbas – have become impossible to ignore.

Also, Europe also clearly shows that it will not tolerate the ultra-right. For example, in November 2020, the Special Court for Kosovo arrested the “father” of Kosovo independence, Hashim Thaçi, and charged him with war crimes. And this despite the Kosovo rebels’ long-standing ties with the US Democrats. European human rights activists set their sights also on Ukraine and on May 20, 2021, after lengthy discussions and bending under Western pressure, the Ukrainian parliament adopted Bill No. 2689 “on war crimes in the area of ​​hostilities and in the occupied territories of Ukraine.” At the same time, a number of politicians accused the bill’s authors of unwillingness to “protect” Ukraine’s “defenders” and of future persecutions on “orders from Moscow.” However, this law does not fully comply yet with the criminal law of Ukraine, and the ultra-right in Ukraine do not give up. Nevertheless, whether Craig Lang and others like him will be handed over to the US justice or will be allowed to enjoy impunity in the Ukrainian “Anti-Terrorist Operation” zone in Donbass, is a big question. However, this is a question for Ukrainian President Zelensky. Does he want to cooperate with the  US Department of Justice or with the Far Right?!

The US and Brussels against corruption, really? Two of the most corrupt institutions, that is funny. They likely want more control over the corruption to benefit the Globalists aims. There is no left or right, they are both evil destroyers of humanity. 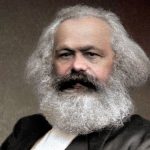 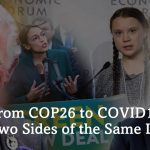