Over the last week, Twitter alternative Parler was summarily executed by Amazon, which kicked the conservative social media platform off of its servers due to ‘far-right’ users coordinating last week’s protest at the Capitol which turned into a riot after a small group split off, gained access to the Capitol building, and ran amok.

It's in the genes
Reply to  Smoking Eagle

Pffffffffttttt, only an idiot wouldn’t realize that any method of mass influence/manipulation immediately draws those intel folks to stake their claim faster than flies to shit.

Someone needs to release some Facebook screenshots, etc, showing users planning riots on Jan 6th. That would be sweeet! 😁

It's in the genes
Reply to  Jester Moment

You could ask those bozos at Hamilton 68 that monitor FB 24/7 but if they can’t easily insert some cyrillic into it, it goes to trash.

It's in the genes

Zuckerberg, the domestic terrorist. Has a nice ring to it. Maybe he even has a Stern Gang member in his genealogy?

BTW: ‘It’s in the genes’ is perfectly kosher, used by the highest levels of government even. 😉

They’re eating their own now. Sit back and pass the popcorn.

Can’t wait to see the libtard Demonrat sheep turn on their bankster overlords when the shit finally hits the proverbial Dollar Collapse fan.

Can’t wait to see fake “CONservative god-fearing” RepubliCONs turn on RINO Mitch & his other “compassionate CONservative” DC shills when they REALIIZE that their brand of “CONsersavtism” was a big nothing burger, a fraud since Mitch & company work for the banksters’ UniParty. 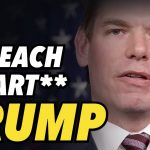 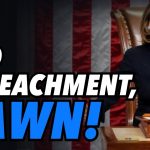