As if proof were needed that behemoth mining corporations are inhuman, that proof comes in the form of the recurrent threat to Oak Flat in Arizona, an important ground sacred to Native Americans (specifically the San Carlos and Apache tribe) where the same ground is rife with copper.  Well, Making America Great requires plenty of that for bombs, bullets, cannon rounds, and all such needed to aid the pursuit of “greatness” with just one issue… the San Carlos and Apache tribes strenuously object.

Deceased ‘Hanoi Hilton’ McCain was one proponent for copper in aid of his Warfare State, along with Arizona Senator Jeff Flake, senatorial hypocrite and former lobbyist for Rossing Uranium a majority subsidiary of Rio Tinto Zinc. When the thoroughly corrupt mining giant pressed its Captured State for ground Eisenhower denied it via Public Land Order 1229, McCain-Flake and Obama’s NDAA of 2014 delivered for Rio.  Rio Tinto’s halcyon days have since been somewhat clouded by the tribes and groups opposed to Oak Flat’s development, in a setback to Washington’s warfare state, Congressional corruption, and Rio ‘investors’ aka Mammon.

Yes, it’s that pesky NDAA again — National Defense Authorization Act — which contains so much pork, all the hot dog stands in the world could be supplied by it for centuries. Not only that, the NDAA renews the “State of Emergency” the United States has used to fund its many crimes against humanity for just about forever.

But is Congress the only criminal entity afflicted by corporate sycophancy while sucking at the teat of Ba’al? No, the Captured State extends to the likewise disgraced US Forest Service, hopelessly played by Washington’s criminal class.  Just a few weeks ago, hoping to achieve as much damage as possible in his  blessed final regime days,  regime lackey “Sonny Boy” Perdue delivered on the Evil Empire’s promise to knee-cap environmental controls, allowing the US Forest Service to expedite its environmental impact report about Oak Flat. It’s a rush job, to reward the world’s richest corporations before God-knows-who might do who-knows-what to spoil the party.  Which leads to a greater question: what will current regime disgruntled Swamp-ites scheme-up in their last days to boost their corporate controllers before the next regime of corporately-controlled Swamp creatures attempts to assume control?

Meanwhile the rest of the globe moves on, beyond Washington’s stupid sanctions and weaponization of the dollar; its corruption and persistent incompetence in leadership which has existed since November 22nd, 1963; and the Failed State status the US has relentlessly pursued for at least two decades.  Even the European Union in its agreement with China can do better, while the Federal Reserve games US share markets in an illusory attempt to keep the proles happy.

But of course that does nothing to protect the sacred Oak Flat from corporatists, militarists, and assorted highly-financed scum who wish to despoil it, with a crater several miles across and one thousand feet deep…

Steve is an antiwar activist, a published scholar on the US monetary system, and guest contributor to The Duran, Fort Russ News, Herland Report, The Ron Paul Institute, and Strategika51.   @newsypaperz

“TG 222: The Media: Is There Life After Trump?”
The analogy of fish and water is very useful conceptual tool.

Of course Nicola Sturgeon in Scotland is fed everyday by tax payers money.

She is on a drip feed of bubbled air supplied by the BBC.

She wants to swim in the salt water across to the Brussels Fish Tank.

Meanwhile the European Fish are so corrupted they really don’t know where to swim.

They want to claim the Russian Lake of the Black Sea but they know they will be caught.

Brilliant. Why does no one in the west – including the so-called opposition – ever promote such building blocks of civilization as international law?
regards

Nicola Sturgeon is a deluded fool, the Scots still cling to this faux narrative of being under the yoke of England,the Scots suck from the teet of The Bank of England and The City of London,because it was the Scots that created those entities, the Scots also ran the British empire,and are allied to it’s brilliant techcnogical achievments,b it also it’s crimes against humanity,slavery and genocide..

In shear contrast, here is an article that looks at how Russia is handling the new global reality:

It’s long past time when nations around the world use what the West and the United States in particular thinks as a yardstick measuring their behaviours.

What gets me,with corp media and the liberal establishment as to why people voted for Trump??,well their must be some strange cognitive dissonance,it is because ordinary people saw the sheer waste of blood and treasure,to which now has enabled China to surpass the once mighty American Republic,and those disgruntled Americans who raged on social media and alt_media were dismissed as conspiracy theorists,Russian trolls etc etc,their views have been prove as we now see that the American era is nearly at it’s end and China in it’s ascendency,helped by the Bush jr and Obama administration,and the same failures are about to… Read more » 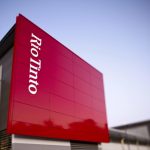 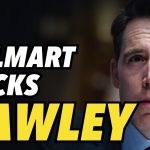