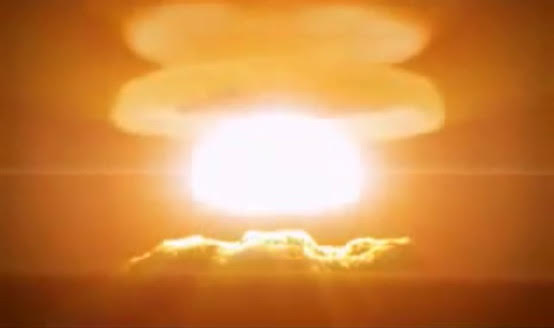 First let me be clear; I greatly admired the principles that American’s used to espouse, in my lifetime. I am very fond of the majority of the people. I’ve spent years living in the USA, in different States.

I suppose I am most fond of the silent majority, the ‘middle Americans’…certainly not the ‘elite’, the super rich one percenters.

The US has dramatically changed since 9/11, and sadly the Catch 22 that defines America today is best summed up thus:

The above is a recent quote by eighty one year old Jared Mason Diamond, an American historian.

According to a June 12 Middle Eastern English language newspaper, “the US appears confident that boosting its military presence in the Gulf is having an impact on Iran’s behaviour in the region but insisted that the end goal is still to bring Tehran to the negotiating table”.

What does it mean when the US, at its most arrogant, “it is having an impact on Iran”? What bullshit. Iran, ancient Persia (the second oldest civilisation on the planet after China) doesn’t give a damn what America says or does; never did since the 1979 revolution. Nor does China for that matter.

Who is threatening who?

In the case of Iran, is Iran in the Gulf of Mexico with its Navy, or is the huge American Navy in the Persian Gulf supported by numerous US Military Bases in the region, threatening Iran?

Now yesterday, new very serious news (perhaps a lie) may have been confirmed by Mike Pompeo: “It is the assessment of the United States that the Islamic Republic of Iran is responsible for the attacks,” on two oil tankers on the other side of the Strait of Hormuz, in the Gulf of Oman.

Why would Iran do this?

Without any doubt this is a false flag operation to blame Iran in order to create circumstances for Neocons like Pompeo and ‘President Bolton’ to start a war with Iran.

Where is President Trump? Does he really know what’s going on?

Let American madmen Neocon Zionists have their wish (as dictated by Netanyahu); let the US attack Iran, and then see what happens!

While the US attempts to start yet a new war, ask yourself why there are upwards of nearly a thousand US Military bases around the world?

There is no doubt that US, with Israel, are the two most dangerous terrorist States that exist today in the world and that they both threaten world peace, even nuclear Armageddon, more than any country on earth. Yet anyone who says the truth is labelled ‘a conspiracy theorist ‘ or ‘a Russian sympathiser’. I am neither.

America today, is like a wounded animal, as it faces its gradual decline as an Empire, much like the Roman, Ottoman and British Empires did.

But let’s forget Iran (also Syria, Venezuela and other regime changes). Let’s talk about the US Administration’s threat to British democracy?

The Guardian reported on the 9th June: “Labour has accused Donald Trump’s top official, Mike Pompeo, of trying to stop Jeremy Corbyn becoming Prime Minister, after he was caught on tape telling Jewish leaders that he would “push back” against the party’s leadership. In a recording leaked to the Washington Post, the US secretary of state was asked what he would do if Corbyn were to be elected as prime minister, after sustained criticism over Labour’s handling of accusations of antisemitism within the party.”

Pompeo added “It could be that Mr, Corbyn manages to run the gauntlet and get elected,” he said on the recording. “It’s possible. You should know, we won’t wait for him to do those things to begin to push back. We will do our level best. It’s too risky and too important and too hard once it’s already happened.”

Is this not the most serious threat ever to the world’s oldest parliamentary democracy that has been in existence since the early 13th century. America, as an independent country, has been around since only the latter part of the 18th Century. 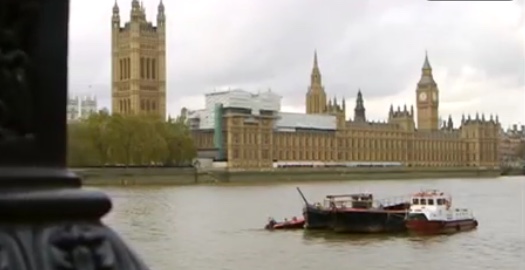 That said, America is today singularly the most powerful State on earth, with a military bigger than the rest of the world’s countries combined. The US spends trillions of dollars a year on defence, security and wars, with a global state surveillance reach that can see and hear anyone with a phone and a laptop at any time…and we Brits (with our precious BBC in particular) remain silent, despite the US’s top diplomat implying that the US will act to undermine a potential democratically elected leader of the UK if need be.

If need be for who?

What happened to British reporters and media? Why is this not front page news? Why are there few protestations?

This is a new bureaucratic ‘soviet style’ loving America, not the beloved one of the past. It can no longer be described as ‘the land of the free.’ It bears no resemblance to its former self. It is more ‘Soviet’ than the USSR ever was, and to be more accurate, today it is a totalitarian state, much like the one described by Orwell in his book ‘ 1984’.

Should all people on earth be frightened? You are damn right we should. The US (and Israel with an estimated 500, give or take, nuclear weapons), have spent trillions of dollars building (since WW2), tens of thousands of nuclear weapons. You would need only a handful to destroy the earth…what a waste of money. What insanity.

The only hope, maybe the last hope, is for a positive outcome in the US elections in 2020, and the only Presidential candidate, so far, that can not only save America, but all citizens of the world, is Tulsi Gabbard.

Maybe other similar candidates will emerge, but for now, the only political figure currently talking about the very real potential for nuclear war, and speaking common sense against such madness is her.

Here in america, its sad to see its citizens be completely naive of what our government is doing. MSM is relentless on covering things up and simply not reporting the real news. Im only 20 years old, and its sad to see my elders still going with the narritive of “american democracy.” Clearly we need a revolution, but nobody in this country even really seems to care as they slave away for the useless dollar that everyone seems to care about, thats literally printed out of thin air and not backed by anything like gold.

revolution is what the powered people wants to the youngs do it .. take care about

And that’s why Tulsi Gabbard will never be allowed to become the US president.

Helen B
Reply to  Joe

She’s attended the Council on Foreign Relations meeting … don’t be too sure either about her not becoming US President or about her proclivities.

Absolutely nobody buys this lame attempt at a false-flag. That’s the good part. The general public has seen through this charade a long time ago. Still the warmongers stick to their old routine, like some jaded old variete’ artist at a british holiday resort…

Let ’em go……I already have folks in the neighborhood making jokes about ‘Putin did it” and such. It only gets worse as it goes for these clowns that fall so short of leadership material that you could measure their stride with a matchstick.

Helen B
Reply to  Peter

“like some jaded old variete’ artist at a british holiday resort” … great analogy. Like an old joke you’ve heard over and over …

Richard, I agree with every word you said – to the letter even!

US, Israel, Saudi Arabia, UK…who is behind the false flag in Gulf of Oman? – all of them, easy

“A wounded animal” is more dangerous , desperate and daring. It has nothing to lose. All bets are off. Survival is paramount and will doing anything it needs to do , to survive . The problem is it may destroy the world in the process. So what, it WILL be worth it in the future to build a better tomorrow a better America. Why would it not do that? Because if one harks back to the end of WWII , the US was at its most glorious position in the world . It was admired and envied by the world… Read more »

We shall be lobbying the Constituent Labour Party on Wednesday 19th of June 2019 in support of Julian Assange the publisher of WikiLeaks. We will be distributing a copy of an open letter to CLP members urging them to pass a resolution in defence of Julian Assange. Join this wonderful midweek action!