‘We were late and over-confident’: Ursula von der Leyen issues grovelling apology over the EU’s vaccine shambles admitting the bloc is ‘still not where we want to be’ – as the UK rollout surges ahead

Ursula von der Leyen has apologised for the EU’s ‘late’ action on vaccine supplies Commission president said the bloc was ‘overconfident’ in speech in Brussels UK vaccination drive has surged ahead as the EU struggles to make headway Ursula von der Leyen today issued a grovelling apology for the EU’s vaccine shambles, admitting the bloc acted ‘late’ and was ‘over-confident’.

After all the Russia-bashing, anti-Putin propaganda, and kowtowing to the US on imposing sanctions on Russia and delaying Nord Stream 2, how dare the EU ask Russia to help dig them out of the mess by providing them with vaccines!! I would like to see Russia respond with, “Okay, but first we’re going to produce vaccines for our own population, and next will be poorer developing nations and our allies in Latin America and the Middle East, so you’ll have to wait in line for a year or so.”

In the Netherlands nothing will change with the elections. Rutte will remain in power and will continue the destruction of the Netherlands. People get what they deserve.

Seems like the same emergent system of Governance emerging in the U.S

I slowly can understand why the global operating Oligarchs start to form their own governance and this global! But this is also a catastrophe! 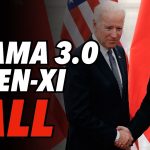 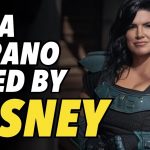