European commission president Ursula von der Leyen swiped at ‘space race’ approach on vaccines at summit The EU and UK have been engaged in bitter clashes over supplies as bloc struggles with its chaotic rollout A German minister and ally of Angela Merkel rejected comparisons saying the UK’s death rate is much higher Ursula von der Leyen has taken a barbed swipe at Boris Johnson over his ‘space race’ approach to vaccines as she faces a huge backlash over the EU shambles.

3 1 vote
Rate this article
Help us grow. Support The Duran on Patreon!

501 Deaths + 10,748 Other Injuries Reported Following COVID Vaccine, Latest CDC Data Show • Children’s Health DefenseYou guys need to do your research on adverse reactions !!!!!! This will prove more deadly than the virus! Merck STOPPED flu jabs, reason found that ones own immune system will work 99% recovery rate for most from this virus.

Maybe the EU should get Cuba to solve its problems. It seems to do far more with very much less, and for all the right reasons.

The EU won’t do anything all the time the bureaucracy remains unelected and unaccountable. It’s why the British public voted to leave, so many of us were fed up with being shoved around by these people. The “working class” may not be particularly well educated, but they know a kipper when they smell it. Until the rest of Europe comes to the same conclusion, they will go on and on and on and on – always blaming someone/something else for their failures.

No surprise here. The EU polticians, and the politicians of the individual EU nations, were chosen by the bankers because they are inherently incompetent characterless “apparatniks”. The EUR civil services are populated with people who are paid to lead the polticians into situations which guarantees the perpetuation of existence of the EU money laundering scam. They are issued with orders daily from SOROS, Jeffrey Sachs and various individuals who have their noses in the “money trough”. For example: Euro 15 billion was given to KIEV and promptly disappeared. As we can imagine, with a sum of money of that scale,… Read more »

We had Pelosi, Schiff and Gates and several other “grifters” in Brussels to conspire with

The Obama administration was the role model for the EUR criminal cartel.

Of course the people in the USA are unaware of the criminals in this side, the

EUR side of the Atlantic….

Infantile and insane! The EU cronies show who they are!

… but they are vicious and corrupt Ideologists! How ever “MUTTI MERKEL” will “safe” the EU after she finally steps down as chancellor …. 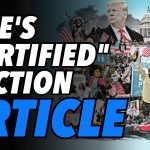 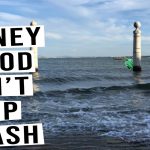