Taking into account Russia’s military activity in Ukraine, the international community takes certain steps to weaken Russia. Moscow is determined and demonstrates today all its power and firmness.

Traditionally, imposing sanctions considers as the most effective mechanism to force any country to abandon intentions. In case with imposing restrictive measures on Russia this political tool turned to be very complicated in implementing.

As the U.S. and Europe roll out an arsenal of economic sanctions to combat Russia’s actions in Ukraine, there is unclear understanding of their success and consequences.

The financial interdependence of the significant political players all over the world shows that quick and easy solutions are unlikely to work. Worse still, imposing sanctions on Russia could lead to the world economic crisis because of the direct dependence on Russian energy resources.

More than a third of the natural gas in Europe comes from Russia. Any disruption to the fuel supply could send shock waves across the continent. Europe relies on Russia’s natural gas to help heat millions of homes, generate electricity and power factories.

If the flow of gas is interrupted, either as collateral damage from warfare or as a negotiating tactic by Russian President Vladimir Putin of, experts worry that already high prices in a constantly shifting global market could skyrocket. Businesses may be forced to temporarily close, and if cutoffs persist, households already facing higher utility bills this year could feel even more pain. There is a high probability that increasing prices will require support for households at risk of poverty, which will lead to another wave of fiscal deficits and sovereign debt growth. Russia fully realizes its advantages and uses them in its foreign policy.

In reality Europe is only on the way to reduce its huge dependence on the Russian Federation and any economic sanctions will hit not so much Russia as Europe itself. In this regard, the weakest positions in Europe have the Baltic States. The bellicose rhetoric emanating from them speaks of their complete inability to predict the consequences of the sanctions policy they are calling for. Lithuania’s energy dependence on Russia is one of the highest among the European countries, as it paid over 3 billion euros for Russian oil, gas, and electricity last year.

According to Luminor bank economist Žygimantas Mauricas, Lithuania’s energy dependency on Russia is probably the highest in the EU, which is reflected in the international trade figures, showing that the country imports way more oil, gas, and electricity than it exports.

“If we continue to move at this pace, the negative balance could stand at 4 to 5 billion euros this year, amounting to almost 10 percent of the GDP, which is a lot, and is 2.5 times more than the financial assistance received from the EU,” the economist added.

It should be said that the Baltic States have started looking for ways to reduce its dependence on Russian energy. Recently they even agreed to complete the desynchronization from the Russian power grid and synchronize with European networks already before 2025.

As reported, the Baltic power grids are still part of the post-Soviet BRELL ring, which also includes Russia and Belarus, and remain dependent on the control center in Moscow and the Russian electricity system. The authorities even realize that speeding up the desynchronization from Russia will require additional financing.

The realization of such plans which are discussing now in the Baltic States will take at least some years, but in reality its Russia who decides on this issue today.

Russia may disconnect Lithuania from the electric ring BRELL at any moment when Vilnius is not ready for such situation.

“In the case of electricity, it can actually be forcibly disconnected from the BRELL ring if Russia itself decides to use this measure against us. In this case, cardinal decisions will be required. There will definitely be some challenge,” said the President of Lithuania. Lithuania has an undersea electrical cable with Sweden, but the latter has limited capacity, according to the Lithuanian President. Unpleasantly surprising is the fact that, even realizing the destructiveness of calls for suctions, the leadership of the Baltic States does not want to seek a compromise with the neighbouring countries.

Thus, consequences are obvious. Loud calls for sanctions will lead to a significant decrease in the well-being of the citizens of those countries whose leaders put the political dividends above the economic losses of their citizens. 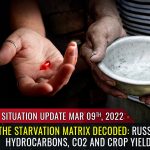