by: Mike Adams (From NaturalNews.com)

(Natural News) Today’s Situation Update podcast (below) brings you critical information about hydrocarbons, CO2, fertilizer, crop yields, economic sanctions and the coming global starvation that has already been set into motion. This is critical knowledge you need to understand in order to anticipate and navigate the engineered global famine that has now been set into motion.

Break out your nerd caps.

#3: The Haber equation for creating fertilizer

Notice that plants consume CO2 as a food nutrient. Combined with water and sunlight, they generate plant sugars (metabolic energy) while releasing oxygen that you and I breathe.

CO2 is under assault by Leftists and Democrats. They fraudulently claim CO2 is a “pollutant.” It’s actually plant food that produces crops for humans and animals.

We would all die without CO2 in the atmosphere because all plants would die and the global ecosystem would collapse. This appears to be what Democrats want.

Clean hydrocarbons such as natural gas can be combusted to produce kinetic energy and heat. The byproducts of that combustion are simply water and CO2 (plant food).

Hydrocarbons, in other words, set free the CO2 that plants need in order to produce higher crop yields. When the radical Left is trying to ban fossil fuels and hydrocarbons, they are indirectly attacking global crop yields (the global food supply).

When you consume natural gas as an energy source, you are freeing CO2 so that plants can use it to increase their yields and growth rates. Burning hydrocarbons actually helps food crops produce more food.

The Haber equation describes the process by which hydrocarbons are combined with atmospheric nitrogen to create nitrogen fertilizer that can be directly used by plants. Notice that you need hydrocarbons to produce ammonia, which is the basis for all nitrogen-based fertilizers such as ammonium nitrate, urea, etc.

What nearly all Leftists and Democrats fail to recognize is that hydrocarbons are needed to create fertilizer in order to grow food. They falsely think of all hydrocarbons as “dirty” energy, not realizing that ammonia is a simple, clean molecule that’s needed to produce both organic and non-organic crops. (Plants also need phosphorous and potassium, as well as trace minerals, of course.)

Also, remember that fossil fuels are natural sources of energy, produced by the Earth itself. Natural gas is even called “natural,” which is completely accurate. It’s natural to use natural gas as an energy source, and it doesn’t pollute the planet one bit.

According to the FAO (UN) and other analysts, Ukraine and Russia account for a combined 28% of global wheat exports.

As of today, Ukraine has banned all exports of wheat, oats, millet, buckwheat, sugar, cattle, meat and numerous other products, as reported by The Hill.

This move is certain to cause a global supply shortage crisis in these grains, leading to even more scarcity and price inflation for the next 1-2 years. This is on top of Hungary also banning all wheat exports a few days ago.

Exhibit 2: Russia and Ukraine account for 28% of world wheat exports in March

Making matters even worse, the economic sanctions imposed by western nations — such as the SWIFT de-platforming of Russian banks — has made it impossible for Russian exporters to sell fertilizers and food crops to the rest of the world. This also impacts minerals, of course.

The impact on America and Western Europe is that there will be panic-level shortages in food crops, fertilizers, energy and minerals, including those minerals used to manufacture electric vehicles, electrical wiring, computing components and so on.

By cutting off Russia from world markets, western nations have also cut off their own supplies of natural gas, fertilizers and many food crops. The results are inevitable and irreversible: Global famine.

It is now clear, if you do the math, that 1-2 billion human beings will face starvation by the end of 2022, just based on what has already been implemented in terms of economic sanctions and export bans. If things get worse, as many as 4 billion people on planet Earth could face “food insecurity,” as it’s called.

But even without extreme scarcity, the price increases are going to hit low-wage earners across the world, likely resulting in uprisings and social unrest across the board. Think about the social implications of both food prices and fuel prices doubling or tripling, and you’ll realize that this has all been planned from the start. It’s the cover story the globalists need to carry out their “great reset” agenda and exploit the very chaos they initiated.

Get the full details in today’s Situation Update podcast, which goes through this entire dynamic and explains much more: 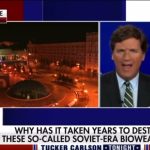 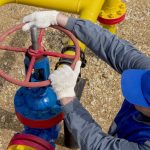