Once again, a piece of the truth rises to the surface as the result of President Trump’s determination to “drain the swamp”. Who would have thought that part of that swamp included the bolotniy (болотный) all the way across the sea in the land of Ukraine? But there it is, now getting exposed to anyone who cares to study American news with a bit of care. This interview with Victoria Toensing,  Joe DiGenova and Lou Dobbs of Fox News exposed much to the Americans – much that those of us who eschew the American press already knew.

The sad part about this is the reason why this is now becoming broadcast by reputable news professionals in the United States. Even Fox had been largely silent on the activity of the US State Department and the Obama Administration to savage Ukraine and turn the former Soviet republic into an American vassal state, and not a very prosperous one at that, despite the glittering promise of Euromaidan.

Perhaps, though, we need to put this in perspective. Look at these Euromaidan photos, of the Ukrainians who drank deeply and unfortunately of the American / Western European Kool-Aid:

Please keep in mind that these are a people with an extraordinary history of art and culture that reaches back well over one thousand years with works like these shown below: 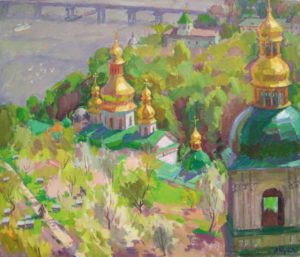 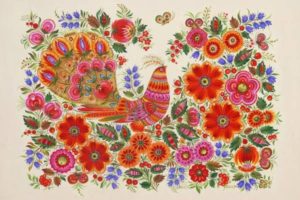 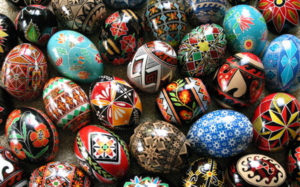 Beautiful, aren’t these? Made by a lovely people and a culture that is deeply Orthodox Christian, and preserves and loves beauty. Ukraine is the cradle of Russia and all the beauty, art and architecture that that nation came to possess.

Even in the Soviet times, Ukrainians managed to extract beauty, even from the rigid utilitarianism of Soviet art: 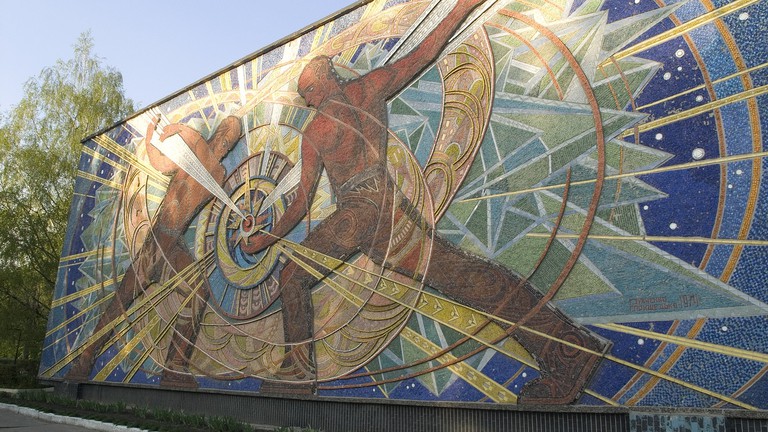 But then along came the Maidan Revolution. This is what we got: 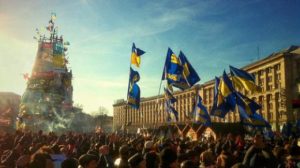 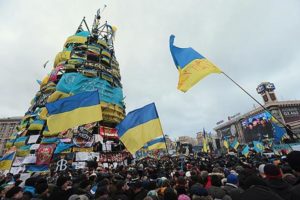 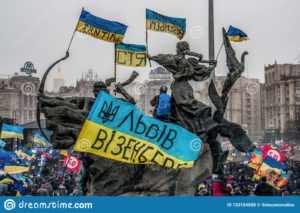 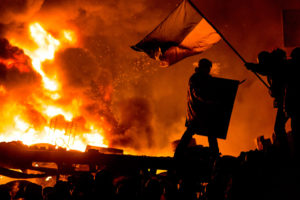 Now, it may seem spurious, but this happened before, in the Nazi and early Soviet revolutionary periods. Fires, demonstrations, burnings.

This is what America brings to nations around the world, while it talks about promoting freedom and democracy everywhere?

It looks ugly. And what is worse, Ukraine is in an ugly state of affairs now, thanks to the shattering of the nation under Nazi-styled “nationalism”, quite the opposite of Russian, Italian, or American new nationalism as shown by Christian or at least, God-respecting leaders.

We are at a place in Ukraine where it is so bad that a professed atheist (Volodomyr Zelensky) has more common sense than most leaders in the world do. This is not to slight President Zelensky. In fact the best thing this man has going for him is a fearless honesty that is on display, plus he is a very popular comedic actor in Russia and the Ukraine. His popularity may well help him evade nasty things like insurrections and coup attempts.

This does not mean there won’t be a fight.

This Fox News video does a good job at calling out some of the people and actors by name that helped Ukraine to disintegrate into the cesspool it had become before Mr. Zelensky won the presidency of that country. The fact that this news is finally seeing light in the US is praiseworthy, though its five-year delay in being exposed is unconscionable.

It would seem that the values that American people actually have – kindness, dignity, honesty, love of freedom, respect for others, generosity – the values Americans used to be raised on, are not the values promoted “in the name of democracy.” At least not as it was done by the Obama Administration or probably by other globalist-minded leaders before him. Those ugly photos are an American Deep State legacy, causing misery to millions of people, who have been grossly used by agencies of the United States, largely unknown to her own people.

It is about time the truth was put out, and thank God it is getting some exposure now.

What do I think? I think America has (or had) a first world economy and military with a chronic third world leadership and would serve the world best by letting that sink in and act accordingly.