In order to understand this matter, some fundamental background must first be briefly presented; and it is this (the remainder of this paragraph): Ukraine’s Government has consistently promised that it will retake Crimea, which had been part of Russia during 1783-1954 when the Soviet leader Khrushchev then transferred it to Ukraine, and which subsequently broke away from Ukraine in 2014 to rejoin Russia. Russia has re-established its sovereignty there, after a 2014 referendum in Crimea showed over 90% support by voters for Russia to do so. That’s the background.

On June 1st, when the White House announced that it would be sending to Ukraine weapons that might be used for invading Russia, Jonathan Finer, deputy White House national security adviser, said Washington had asked Ukraine for assurances the missiles would not strike inside Russia. On June 3rd, Ukraine’s Government rejected that request.

At the time when Biden made that announcement on June 1st, Reuters noted that, “Biden announced the plan to give Ukraine precision HIMARS rocket systems after receiving assurances from Kyiv that it would not use them to hit targets inside Russian territory.”

If Ukraine did not give give Biden such “assurances,” then Biden was lying.

If Ukraine was lying on June 3rd to say that it won’t comply with Biden’s request, then that was a lie from Ukraine.

Here is the way Russia’s RT News reported, on June 3rd, Ukraine’s rejection of Biden’s request (assuming that Biden did make such a request; wasn’t lying about that):

“Ukraine dismisses its promise to US”

Kiev may strike Crimea, a Ukrainian presidential aide says, despite assurances US weapons won’t be used to hit Russian territory.

Ukraine will use US-supplied rocket systems to strike into Russian territory should it deem such attacks necessary, Ukrainian Presidential Adviser Alexey Arestovich said on Thursday. …

“Crimea is ours. It belongs to Ukraine. And they [Russia] know it.” …

Arestovich’s comment comes despite US Secretary of State Antony Blinken saying on Wednesday that Kiev has given Washington “assurances” that it won’t use American rockets to attack targets in Russia. …

Arestovich’s statement echoes the claim made by another Ukrainian politician. Egor Chernev, a Ukrainian MP, said on Wednesday that Russian aircraft and military stationed on Russia’s territory are “legitimate targets.”

If Ukraine uses U.S. weapons to invade Russia, then under existing international law, the U.S. will be a participant in that invasion. Russia would have a good case that (given the facts which have just been documented here), that participation would be either intentional, or else negligent. It would not have been unintentional on America’s part. Russia would, at the very least, then ask America whether that participation was intentional, or instead negligent. If America says “negligent,” then Russia would ask what America will do to rectify that matter. If America instead says “intentional,” then there will exist, from that moment on, a hot war between Russia and America. The loser in any hot war between Russia and America will escalate the conflict to a nuclear war in order to avoid becoming conquered by the other side. That would be not only WW III but a nuclear WW III, and would destroy all of the allies of each side, and would severely contaminate even neutral countries, and end globally in a nuclear winter, which would possibly end all life as it has existed on this planet.

Assuming that the US gov’t and the US military do not want all out war with Russia, what can they do to prevent it? The Ukraine gov’t and military are in a position to instigate that war. What if they do? What if insanely nationalistic forces do just that? Until recently I hoped that the Ukraine military might inhibit the Ukraine gov’t from taking conflagratory actions, but the fact of a burgeoning bazaar in black market sales of weapons seemingly once supplied to Ukraine has dampened that possibility in my mind as Ukraine military officers involved would be loath to… Read more »

As I have said many times, the U.N. isn’t what FDR had intended but what Truman produced: a mere talking-forum, plus it gets left to ‘deal’ with the world’s basket-cases. I suspect that Gonzalo Lira is correct that Ukraine’s Army generals will turn against and overthrow Zelensky, and then do a deal with Putin. I also think that Poland will get the Lviv area. Ukraine is going to be carved-up. Russia will get the best parts of it and rebuild that into a successful country. Both the Democratic and the Republican Parties in the U.S. will then become even more… Read more »

It’s more than obvious that the US gov’t wants all out war with Russia. I doubt that the US military does – I am guessing they are split, some neocon generals do, but many others don’t. The Ukraine gov’t and military are in NO position to instigate that war. Since the US regime change coup of 2014, they are another puppet state and Zelensky does as told.

Ukraine is never going to be in a position to invade Russia, with or without US weapons. As for NATO support, that is just a lot of hot air at the moment. However, I do agree with your scenario of a WW3 if things go badly wrong for either Russia or US in a direct confrontation. Most people are too unaware to even consider this possibility.

Given the back ground of U.S. ALLEGED Promises, what creditability can anyone, place on promises from such an entity ? It seems the Promise of never moving NATO 1 inch closer to Russia has all but been forgotten. Clearly, any such alleged promises from the U.S. are not worth their value on toilet paper. Ukraine promises ????? Seriously, do we even need to discuss that issue at all ? I distinctly recall all sorts of promises being made to their very own troops caught at Mariupol, L.O.L. and how did they turn out ? So Biden has stood up and… Read more » 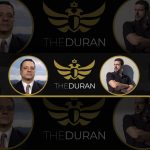 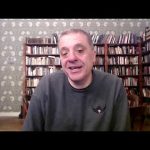