In 2014, protesters in Kiev toppled the pro-Russian president. In response, Russia annexed Crimea. Could something like this happen now?

Seven years ago, the American Democratic administration supported the Ukrainian revolution, the outcome of which can hardly be called successful. Ukraine lost control over part of its territories, and the government of Petro Poroshenko, who enjoyed the special trust of Joe Biden, was remembered for corruption scandals, a serious economic crisis and the persecution of opposition journalists.

“The International Federation of Journalists has repeatedly condemned violations of freedom of speech in Ukraine. We must analyze these new violations and their causes, but our principled position is that censorship cannot be an adequate response”, – the IWF said in the spring of 2017.

Then Petro Poroshenko, ignoring international norms, imposed sanctions against opposition media, and this is far from the only case. Volodymyr Zelenskiy secured the support of 73% of voters, promising to abandon the practices of his predecessor. He lied.

On the eve it became known that Zelensky had signed a decree on blocking the TV channels NewsOne, ZIK and 112 Ukraine, which are known for criticizing the country’s ruling elite. These media are associated with the Opposition Platform party. The party is considered pro-Russian, but can this be an excuse for openly violating press freedom?

It is important to understand that the Ukrainian media space is highly politicized and divided among the elites. For example, the TV channels 1 + 1, 1 + 1 International, 2 + 2, TET, PlusPlus, Unian-TV are owned by businessman Igor Kolomoisky, who helped Zelensky become president. The TV channels Pryamoy and Channel Five are linked by Petro Poroshenko, spreading messages in support of the former president. Also, Radio Liberty and its subsidiary media resources are actively functioning in the country, which, as everyone knows, are financed from the US budget.

This pluralism has some meaning and even benefits. Considering that the interests of Russia and the United States collided in Ukraine, the balance is a guarantee of security and stability. Here we can draw parallels with nuclear weapons. When the arsenal of one country is disproportionately larger, a sense of impunity for some and fear for others can be fatal.

Now in Ukraine, this balance is being destroyed, and this is not just about a few channels. We are talking about pressure on the opposition, because the sanctions also affected the member of parliament who directed these channels.

The representative of the EU External Diplomatic Service, Peter Stano, has already indicated that Zelensky’s actions violate the Association Agreement between Ukraine and the European Union.

“Although Ukraine’s efforts to protect its territorial integrity and national security, as well as to protect against manipulation of information, are legitimate, in particular, given the scale of disinformation campaigns affecting Ukraine, including from abroad, this should not be done at the expense of freedom.The media should be carried out with full respect for fundamental rights and freedoms and in acco rdance with international standards”, – the diplomat said.

This is how the UN Human Rights Office reacted to the incident:

“States have a duty to protect and ensure the right to freedom of expression, including the right to seek, receive and impart a variety of information and ideas”.

And only the Biden administration openly supported the controversial steps of the Ukrainian government.

“The US supports yesterday’s efforts to counter Russia’s harmful influence in accordance with the law to protect sovereignty and territorial integrity. We must all work together to prevent misinformation from being used as a weapon in an information war against sovereign states”, – the US Embassy said.

Washington is doing the right thing if, of course, it wants to provoke Russia to retaliate. The Democrats did a similar thing in 2014, supporting the protests in Kiev. When the Kremlin realized that loyal Ukrainian politicians were forced to flee, Moscow took a decisive and desperate step – the annexation of Crimea. Now the situation is repeating itself.

The Putin regime reacted with restraint to Zelenskiy’s victory in 2019, but he almost hoped for an opportunity to negotiate with the new Ukrainian government. After almost 2 years, it becomes clear that Zelensky in his politics is not much different from Poroshenko. Achieving a balance is becoming more difficult, as Ukrainian politicians who advance Russia’s interests have faced pressure. Will Russia take new radical measures?

Right now, Ukrainian media are writing about the escalation of tensions in the east of the country. The Ukrainian army and the separatists are actively exchanging blows, ignoring the ceasefire. If the situation gets out of control, Russia can transfer troops to the conflict zone. Ukraine will not be able to oppose anything to this.

Some might say that there is too much chasm between the prohibition of opposition TV channels and the Russian invasion, but, as they say, the flap of a butterfly’s wing could trigger a tsunami on the other side of the world. Is the Biden administration ready to be held responsible for this tsunami?

If the fate of Ukrainian sovereignty does not really interest the democrats, there is another reason to reconsider the approach to Kiev-initiated censorship. The Putin regime recently sentenced prominent Kremlin critic Alexei Navalny to prison. Both Europe and the US criticized the repression and supported rallies in support of Navalny. At the same time, Washington supports blocking opposition media outlets in Ukraine, a move that can also be called repression. Ukraine has never been an example of the success of Western elites in promoting democracy. The states once again pointed their finger at this, and it is extremely untimely.

Why is it called the “Biden administration” after having rigged the election to an organized paid-off selection vs labeling the russian government as the Putin “regime”. Crimea was not an annexion. One can call the Crimean referendum more legal than the US farce (s)election.

Russia did not annex Crimea! Crimea voted in favour of reunification with Russia in the 2014 referendum. In November 2017, German pollster ZOiS published the results of a survey which reported that 85.3% of Crimeans excluding Tatars, and 61.8% of Crimean Tatars excluding other Crimean demographics thought that Crimeans would either vote the same or that the majority would vote the same as they did in 2014 if the same referendum were held at the present time (November 2017). Poll after poll shows that Crimeans are happy to be reunited with Russia, after all, about 80% are ethnic Russians and… Read more »

Just adding to Cdev & Smoking Eagle. In 1991 Crimea voted to become it’s own country. The Clinton Administration wouldn’t accept that and they compromised as a semi- autonomous state within the Ukraine. Fast forward in 2014 that special status was about to end and instead they requested to be admitted into Russia as (again) a semi autonomous state Russia agreed. 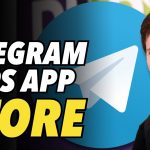 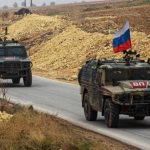