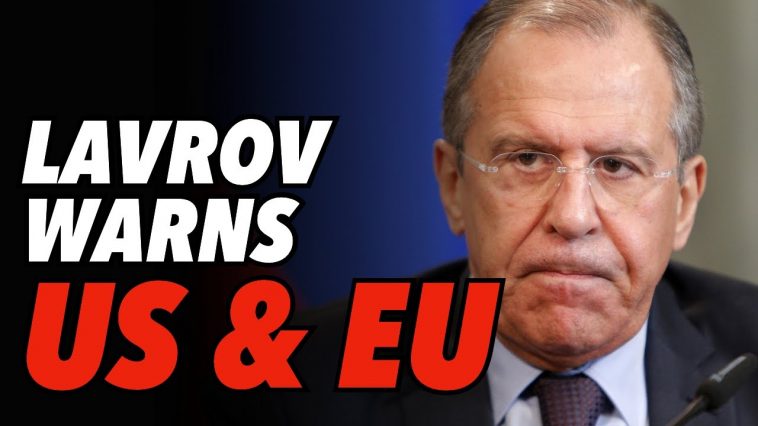 MOSCOW, April 2. /TASS/. The situation in Donbass along the engagement line is rather frightening, with numerous provocations by the Ukrainian armed forces observed there, Russian presidential spokesman Dmitry Peskov told the media on Friday. “Our rhetoric [over Donbass] is absolutely constructive,” Peskov said in reply to a question.

We can expect all points west of the border to be compromised to the River Rhine.

Simultaneously Romania and Italy will be quelled.

The Baltic will be held at gunpoint.

Meanwhile the target codes will be loaded for around 80 locations in N America.

The best, and seasoned, based on facts and statements, analysis on the current events in the Ukraine so far.

You’re missing the main point. This was the Kyiv clown’s last desperate attempt to stay in power in the face of – as Lavrov so rightly said – his plummeting popularity in Ukraine. And it did not go too well. Actually, it was a complete disaster. His bluff was called, his sillyness and incompetence was laid bare and now he has egg all over his face. It is now clear to everyone that the west has sbsolutely no interest in Ukraine whatsoever any more. And people in Ukraine are done with him and his insane lockdowns. The clown will have… Read more »

The Game of Chicken Kiev
Reply to  Franz Beckenbauer

Perhaps he’ll soon implode and take his American enablers with him?

The Parubiy/Tyahnybok ticket for next president? Then all the world will know without the usual pretense that America’s favorite dish is Fascist Kiev.

Gen. Ben Hodges
Reply to  The Dictator has no Clothes

No Russians died in WWII. It was millions of Ukrainian fascists that died fighting the evil Hitler regime.

Thank you, General. It’s important that the world know the true history of that era and not succumb to more Russian propaganda.

BTW: Do you like my spelling of Antony and not the more mundane Anthony? I’ve always been an avid admirer of Mark Antony’s destruction of the Roman Republic and establishment of its Empire, as well as Caligula and his reincarnation as Madeleine (the Madwoman of Shambouilet) Albright. AKA: ‘The Butcher of Baghdad’.

After all I’ve done for the Ukrainians and their fight against an aggressive Russia, they had the temerity to put me on their mirotvorets kill list for simply calling Bandera a fascist. I guess they have their own version of ‘Woke’ politics and for that I sincerely apologize to them and retract everything nasty I’ve ever said about Bandera, including his genocide of the Poles. I stand corrected.

Can I please get my tenure back now?

I was watching this warning by MSC representative Boris Ruge, and wondered whether all this show off is for raising the price of finishing NSII for Russia, as in, if you want the pipeline finished, just cede something in the Ukraine…As Ukraine will lose its oil transit fees, they seem to have been promised something by their puppeteers in US/EU in exchange, something that did not figure in the previous contract signed by the Russians on NSII…

Who is this Boris Ruge and which are his connections?

Well, looked for a bit, a Fullbright fellow, as others in Europe, he ows himself to his patrons…

Name us some Amerikan or “European” bureaucrats in “Europe” who aren’t owned by Lord Ziostein?

Zelensky, can you say Saakashvili?

The idiot thinks that American resolve trumps Russian resolve. He’s in for a rude awakening.

Another monkey-puppet of yet another American outpost.

What mystifies me though is, does he take his orders from Parubiy’s fascists directly or do they convey their demands to the Americans and they in turn pass them on after rubber-stamping them.

A five year old just killed by Ukrainian drones. Blinken swears it was for their own good.

NATO is looking to start a war in Ukraine, but the plan is Russia, and the destruction of Russia. While Russia is focused, and preoccupied with Ukraine, there will be a surprise nuclear attack on key Russian installations, and decapitation of Russia in speed light. Russia needs to make it clear that any instability in Ukraine will bring destruction of NATO itself. Ukraine is only an excuse, destination is Moscow through Ukraine. In a war with NATO, the Russian focus needs to be Major NATO powers (France, Germany, England, Italy, and Poland). Neither sides can afford to lose or interested… Read more »

I have no doubt the Russians completely comprehend the full agenda. They can read MacKinders Heartland theory and the subsequent Rimland theory just as easily as anyone else, and it’s been around for a long time. NATO is Rimland theory. Encircling the Heartland…. because he who rules the Rimland rule the Heartland, rules the world…. Russia is the Heartland. To complete this they need China and Iran. They ain’t going to get them.

As the World Turns
Reply to  Hopium

What they’ll get eventually is a military alliance between the 3 that’ll blow the socks off their Rimland fantasies.

In the Minds of Buffoons
Reply to  As the World Turns

That’s some serious thinking for you.

I believe you will find, (as already warned) the Russians will not take any such attack lightly. They have stated clearly and precisely, ANY attack from outside by missiles, will be responded to accordingly instantly. This means ANY nation hosting NATO troops will be obliterated, that would be Ukraine, Poland and a few others, can’t say it wouldn’t be well deserved. Meanwhile, the U.S. is smuggly thousands of miles away, laughing it’self to death for the sacrafice made by the Europeans on their behalf, will now fire off their hardware against Russia, claiming to be Europe’s saviours.

Their most recent motto: “Kill a Donbass child a day and the rest will go away.” 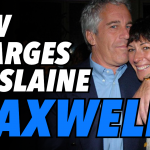 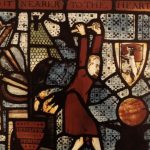 wpDiscuz
25
0
Would love your thoughts, please comment.x
()
x
| Reply
Send this to a friend