Anyone who has ever eaten at Chik-Fil-A knows why they do so. The food is great, always served with a smile and graciousness, and the atmosphere is very high quality. But, it’s a CHRISTIAN company and so, all these great qualities just don’t matter to activist liberals.

They went after Twitter’s CEO Jack Dorsey after he posted these comments on his own social network: 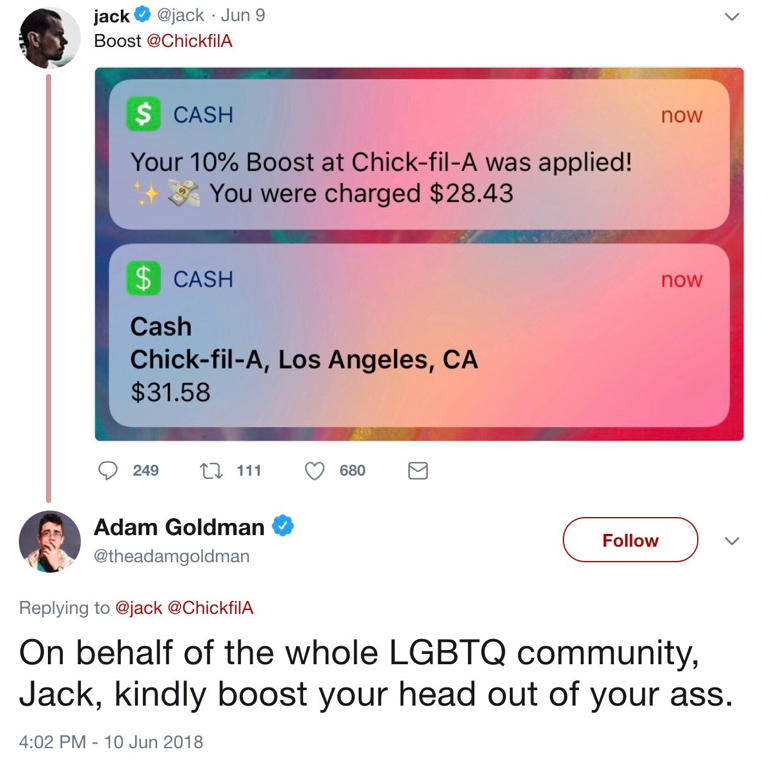 And of course, it’s not about the love, it’s about the money. Not that the MSM will ever acknowledge this: 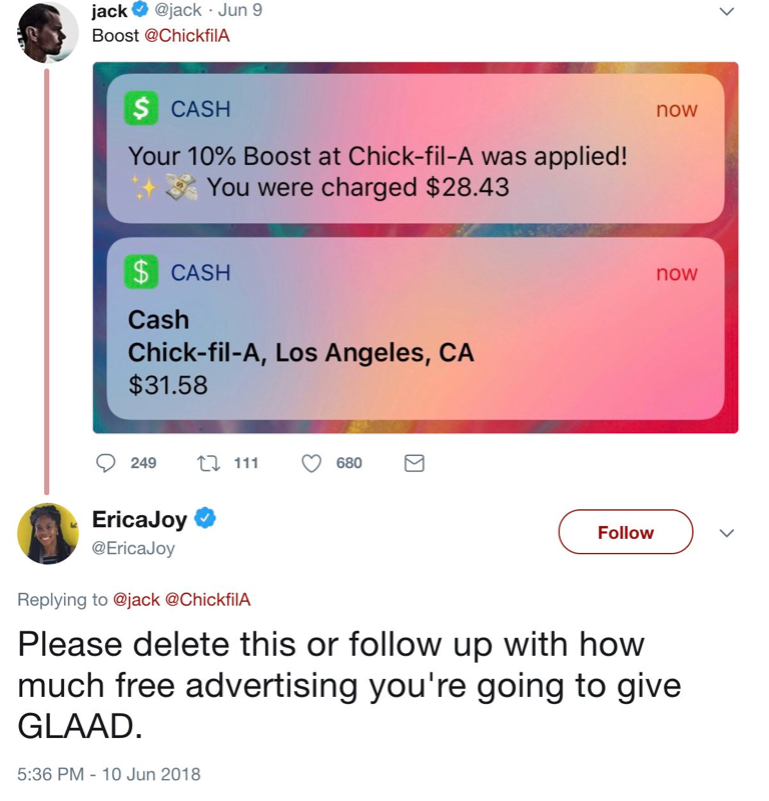 A third response really hammered Jack Dorsey because, apparently he doesn’t get to do or post what he wants on his own social network, THAT HE OWNS, because it is apparently Gay Denial Of The Truth That Their Lifestyle Is Depraved month, (a.k.a. “Gay Pride Month”) in the United States. 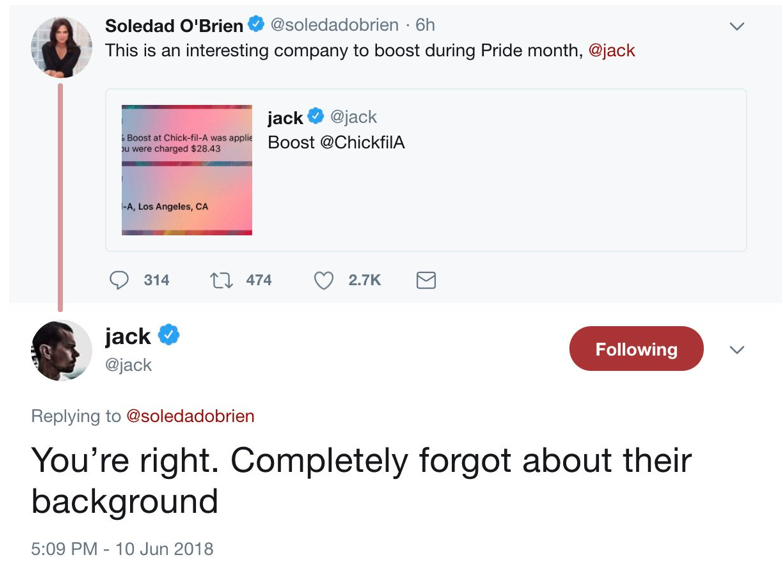 So, the lesson appears to be this: If you are important, you cannot do what you want. Not even with your own property. Jack Dorsey is in such a position. As the CEO and one of the co-founders of this social network platform, apparently he is not free to do as he wishes and to discuss it.

Mr. Dorsey’s mistake of course, was to cave in to these trolls. The sad fact is that the deviancy activists have taken such a great amount of control in the United States that they believe they can have anything they want, merely for the shouting. This is wrong, and it is a shame that Mr. Dorsey calculated in the way he did. It is certainly understandable, but there was no need for such an apology as he gave.

While people in the US are free to live as they wish, this freedom applies to EVERYONE. The great principle of liberty ensures this. But liberality is most definitely tyranny when applied in this way. Some in the USA are gradually waking up to this fact and standing. But it does not appear to have been Mr. Dorsey’s day to do as much.

As for Chik-Fil-A, they will suffer no damage from this. The last time they defended traditional values, their business absolutely exploded. There are many Americans that have not found their voice to express in speech what they think. But they do often make very powerful points with their pocketbooks.

Say what you want, it boils down to Jim fancying Bob’s bottom, and compelling everyone else to act like this is normal going’s on. Newsflash: it isn’t. And no amount of compelling social pressure can convince people that perversion isn’t exactly what it is: intrinsically bad business. Forget the fact that practicing sodomy causes disease, is inheriently unclean, weakens a man’s moral fiber and debilitates a man spiritually.
So this executive ate at a Chicken joint owned by Christian and now must say he is sorry. What a weak pathetic good-for-nothing fool.

Christianity is now like the plague, Pride Month is Godly, and eating at Chick-fil-a is sacrilegious, right Soledad? You’ll do and say anything to retain your position and money, right Soledad?

if we can expect the Twitter CEO to apologize for eating at a sexuality-discriminating food outlet, then we should expect all americans to apologize for being american and living in a massively racist land (massively disproportionate blacks imprisoned).