The main international topic of recent topics was the prospect of Finland and Sweden joining NATO. On May 18, applications from these countries were submitted to NATO Secretary General Jens Stoltenberg. He stressed that the decision of Helsinki and Stockholm would strengthen the security of Europe at a critical moment. Jens Stoltenberg noted that he welcomes this step and every nation has the right to choose its own path.

The reason for the emergency actions of these countries was the war in Ukraine. This forced the abandonment of the neutral status of Finland and Sweden. After that, the public institutions of the Scandinavian countries began the necessary procedures for this. This means that the North Atlantic Alliance will expand from 30 to 32 countries. But! It turned out that everything is not very simple. And the alliance risks not gaining,but losing.

Turkey was categorically against the new NATO members. On May 16, President Erdogan said that Ankara is against the membership of Finland and Sweden in NATO.During his briefing, he stressed that if these countries join the alliance, then NATO will cease to be an organization for security,but will become a place for those who support terrorism. The fact is that these two countries support the Kurdistan Workers’ Party or PKK. It is known that for the Turks this party is considered terrorist.

There have already been reports that Turkey is ready to leave the North Atlantic Alliance if Finland and Sweden join it. Turkey will not be missed much. This is a very difficult and wayward partner. But if Turkey leaves the alliance, NATO will suffer serious reputational losses. A precedent will be set. The unity of the alliance will be broken. Turkey will be able to create an alliance with Azerbaijan, Kazakhstan, Kyrgyzstan,Turkmenistan and Uzbekistan. This is a long-standing initiative of the Turkish leadership.

However, Erdogan would not be himself if he had not set a number of conditions for Washington and Brussels to receive Sweden and Finland. He demanded to return the country to the F-35 fighter supply program, lift US sanctions for the purchase of Russian S-400 air defense systems, but most importantly,the head of Turkey demanded that the leadership of Sweden and Finland recognize the PKK as a terrorist organization. Let me remind you that representatives of this party are members of the parliaments of these countries. Old Erdogan does not give a quiet life to anyone.

And now he has set a difficult task for the leadership of NATO and the United States. Go on about and be blackmailed? Or jeopardize the integrity of the North Atlantic Alliance and provoke the emergence of a new alliance that will not let anyone into Central Asia, the East and Africa?

Sweden & Finland also provides some type of support to the Gulen movement which was implicated in the failed regime-change of Turkey. Turkey is also known to operate a blackmail operation against western politicians, they record ‘everything.’

I understand that Croatia too, now also has conditions for Sweden and Finland joining NATO. I suspect between now and when the vote takes place at the end of this month, one or two more countries will bring forth their conditions as well … what are you waiting for Viktor Orbán?

It would be beneficial to western countries to plan before they jump. They got a bloody nose on sanctions against Russia but they never learn. With Von der Crazy (as Alex calls her) at the head of the EU after her brilliant success as German Minister of Defence when the army went on manoeuvres with painted broomsticks because they didn’t have guns to put on their tanks, she is now showing her incompetence to the world.

My sentiments exactly. In fact I see Turkey and Russia becoming staunch allies and a bitter enemy of the US. We may even see a regime change war by the US and NATO against Turkey. Russia must be ready to defend Turkey as it will agitate the situation with Russia.

I think you may be correct that if the US/EU/NATO alienate and threaten Turkey, it will strengthen the diplomatic ties that Russia and Turkey have. To some extent they depend on one another, in part due to their geopolitical location. Both countries depend on the Black Sea and the Bosphorus for access by sea. Now, that Russia has caused the Ukraine to be landlocked, both countries are better protected against US naval attacks.

This would have been an informative article if all of its many dubious allegations had links and each of those links were to high-quality evidence for the given dubious allegation, but instead it has no identifiable sources at all, so it is trash.

I do agree with you. This Timoschuck who ever is makes it sound like the integration of Sweden and Finland is the best thing ever happened. We know Erdogan always is been independent on his ideas. He is not like other Europen leaders who are yes-man types. The fact remains the integration of both countries is just another of those things where the empire is trying to show his middle finger to Russia.

more than just showing a middle finger. Now that Russia has succeeded in creating a buffer zone between Ukraine and Russia, and has denazified and de-militarized Ukraine, the huge border between NATO Finland and Russia can now be used to remilitarize the Russian border on the Finnish side. That’s the only reason the US/EU are so anxious to have Finland as a NATO member. Ukraine is out, replaced by Finland as the next US stooge.

Just because you don’t like this article that not mean that it must therefore be trash. One person’s “high-quality evidence” such as quotes from the NYT or WaPo, is someone’s else’s dubious allegation.

Finland + Sweden + US/EU public opinion will push Turkey straight into the arms of Russia. THEN who would control access to the Black Sea?? Also, Russia + Turkey + Iran + Afghanistan, all of whom are now members of the Shanghai Cooperation Organsation, will control the Heartland of Eurasia. (And all of the resources the Heartland contains).

Of course the answer is “No!” to the title question here: “Turkey will leave NATO and create a new alliance?” Though Turkey might “create a new alliance” such as many other countries (like France, U.S., India and other nations do — look for example at America’s AUKUS), Erdogan isn’t so stupid as to QUIT his NATO alliance, because (for example) how would he THEN be able to VETO Finland’s membership if he needs to do that in order to be able to wrangle concessions either from Finland or from NATO itself? Nor can Turkey (or any other nation) be EXPELLED… Read more »

I agree that Erdogan will remain in NATO, which does not prevent him to ally himself with Russia as long as the US/EU attempt to fight Russia in the Black Sea.

“There have already been reports that Turkey is ready to leave the North Atlantic Alliance if Finland and Sweden join it. Turkey will not be missed much.” Turkey has the second-largest military in Nato after the US. Nato wouldn’t miss it? “This (Turkey) is a very difficult and wayward partner.” Difficult and wayward? Why? Because it behaves more like a sovereign nation and doesn’t bend the knee to US and EU dictates? There are many Nato members who are far more difficult to live with and more “wayward” than Turkey, the worst being the US and the second-worst being the… Read more »

Turkey is the biggest terrorist nation on earth. And the biggest purveyor of projective identification. Whatever Turkey accuses other countries of doing you can be sure Turkey itself is the one doing it. Blackmail, bribery, lying, cheating, deceiving,most rotten government on earth. 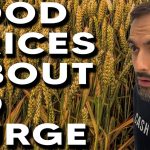 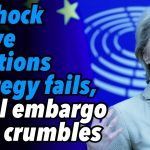