What links the Coca Cola, Delta, and the MLB?  They are all very concerned about ensuring Georgia has no voter integrity!  Why are these corporations getting involved in politics?  Is it because of Beijing?  Is it because the share they have of the Chinese market is much bigger than the American market?

Multiple companies attacking Georgia’s new election laws have been hesitant to speak out against China’s human rights violations as they continue to do business there.

Apple CEO Tim Cook recently blasted the new law, following Delta Airlines CEO Ed Bastian claiming the law is “based on a lie” and calling it “unacceptable.” Coca-Cola CEO James Quincey also called the law “unacceptable” and a step in the wrong direction.

However, all three companies – Apple, Delta Airlines and the Coca-Cola Co. – have been silent on the oppression of Uyghurs taking place in the People’s Republic of China’s Xinjiang region while continuing to do business in the country.

The Most China Friendly US Airline

MLB to build its presence in China despite Sino-US spat

Delta Airlines styles itself as the “most Chinese-friendly U.S. airline” on their website, saying that China is “leading the way on international growth” and offering a list of “recent investments tailored to travelers from China.” The airline also added extra flights to China during the coronavirus pandemic in 2020.

“China is leading the way in international growth and Delta is committed to being the most Chinese-friendly U.S. airline,” the website reads. The airline was one of many to cease describing Taiwan as a country on their website, in a nod to China’s territorial claims.

Delta Airlines declined to comment to Fox News on the treatment of Uyghur Muslims in China.

Apple has a history of doing business in China and has seen explosive growth in business in the nation, recently clearing a 57% increase in sales in the greater China region last quarter.

The company has been surrounded by controversy, lately, after Apple removed the Swedish-based retailer H&M from Apple Maps in China. H&M recently announced they would not be buying cotton from the Xinjiang region due to allegations of forced labor in the region.

According to their website, Coca-Cola invested “$4 billion in China for future growth from 2015 to 2017, building on $9 billion of investments made in the market since 1979.”

In December of last year, Coca-Cola and Apple reportedly lobbied to water down a bill that took aim at preventing American companies from importing a plethora of goods from Xinjiang.

Coca-Cola and Apple did not immediately respond to Fox News’ request for comment regarding the genocide of Uyghurs in China’s Xinjiang region.

Lawmakers have condemned the treatment of Uyghur Muslims by the Chinese Communist Party.

Sen. Marco Rubio, R-Fla., posted a video on Twitter Thursday excoriating Delta Airlines and the “woke corporate hypocrites” for their continued business in China as the genocide continues.

“I look forward to a letter, today, from their CEO, telling everyone that what the Chinese Communist Party is doing with genocide is unacceptable,” said Rubio. “I look forward to that letter saying genocide does not reflect the values of Delta Airlines.”

“Of course they’re not going to send that letter. Nor is Coca-Cola. Nor is any of these corporations that are out there proving to the world how woke they are,” the senator continued. “Because they are woke corporate hypocrites.”

Rubio slammed the companies for making “billions of dollars” in a nation without elections or “respect for anyone or anything, and they don’t say a word about it.”

“But in America, they’re prepared to boycott a state to show and prove how woke they are,” added Rubio. “They’re hypocrites. Complete and total hypocrites.”

Marco Rubio is wrong, these companies are not woke, they are all controlled by Beijing.  China has benefitted from the recent election interference by getting their man into the Whitehouse.  The woke narrative does not actually exist, it is a simple tool to turn citizen against citizen to weaken a country. The US government is completely corrupt, along with the media, the tech companies, wall street, as the Chinese gravy train exploits US elites’ weaknesses in whatever form they take.  The people in both countries are being exploited. 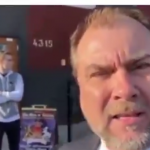 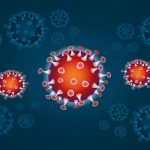