The developments were announced by Trump campaign senior legal counsel Jenna Ellis, who said the GOP-led Michigan House would hold its hearing at 9 a.m. on Wednesday.

“We are grateful to Michigan House lawmakers for not rushing to certify inaccurate election results,” Ellis told Just the News. “We are confident they will share the same concerns once they see the extent of the outright fraud and disregard for the law that happened in Michigan and across the nation. Every American should want to know the truth.”

Michigan House Speaker Lee Chatfield, who over the weekend said he feared the state was heading toward a constitutional crisis, did not immediately return a call seeking comment.

Meanwhile, the U.S. Third Circuit Court of Appeals on Monday ruled Trump’s “motion for emergency expedited review is granted at the direction of the court.”

The campaign must file its initial brief by Monday afternoon, and the court said it “will advise if oral argument desired.”

The Trump campaign is appealing U.S. District Judge Matthew Brann’s decision Saturday to dismiss the campaign’s lawsuit seeking to throw out hundreds of thousands of votes in Pennsylvania on the grounds that Democratic-led counties made changes to voting that violated the equal protection clause of the Constitution.

Brann, an appointee of President Barack Obama, wrote that he “has no authority to take away the right to vote of even a single person, let alone millions of citizens.”

“We are grateful to the Third Circuit for accepting an expedited review,” she said. “There was no legal reason to deny our amended complaint, other than pure politics and judicial activism. This was an Obama-appointed judge whose opinion was rife with errors. We hope the appellate court will recognize that and properly give us our day in court. The American people deserve for us be able to bring forward our witnesses and evidence showing election fraud — this is at the heart election integrity and fundamental fairness.”

Another essay of interest:

This leads us to an original document:

And this brings us around to contemporary technology: 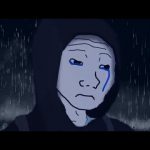 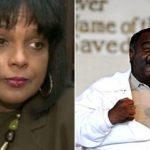