A historic deal between Israel and the United Arab Emirates, Kosovo and Serbia, and a reduction of US troops in the Middle east are just some of the major moves Trump is making to end the US ‘endless wars’ and create peace in the middle east.

Of course the president can’t go one day without the press dragging him as Democrats continue to push on alleged statements he made about Troops.

The dump has TALKED about ‘ending endless wars’ for 4 YEARS. Only when I see ACTUAL results would I consider he did ‘something’ worthy to even be nominated.

It ain’t up to Trump alone….other factors influencing.

You must be joking!!! Test this clown on what they call Israhell… But I have a grain of respect for this man……………. He respect Russia and Putin.. At least.

The Nobel Prize is a joke. Fancy giving it to Obama and he didn’t lift a finger to earn it and when the committee was lampooned they came out with the excuse that the prize would encourage him to achieve the peace goal. He certainly did with wars in Libya and Syria. Then they gave Bob Dylan the Literature Prize for songs which he wrote. I now expect the Beetles getting one too.
Nothing would surprise me. 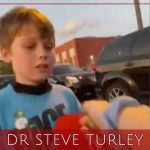 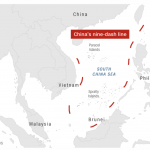