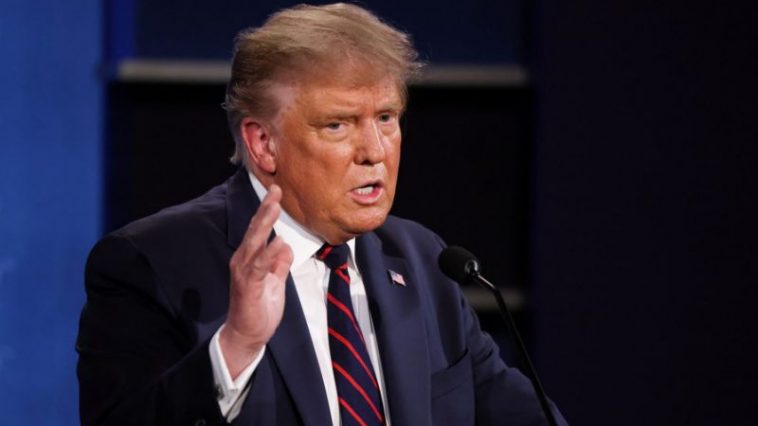 Whether the US 2020 election was truly stolen or not we will likely never know. The president himself doesn’t know since he failed to purge the palace that embarked on the palace coup that has seemingly toppled him. Booting Mark ‘Raytheon’ Esper after the fact simply highlights this fact. Now, Mr Trump will have to put on his thinking cap and grasp the Machiavellian reality of the perverse Washington cesspool he has presided over for nearly four years — and come up with a plan.

Trump can use his deal-making skills to court the Evil Empire’s titular head, but what sort of deal would that be?  And if Mr Trump truly is the visionary and rogue his base believes he is, then he could disembowel the Deep State with an adroit stroke or two instead.  However, with Jared Kushner as his top advisor, that’s unlikely.

But if he chose to, how could Mr Trump out Washington’s Axis of Evil while avenging himself on the Beltway’s swamp creatures? Well, one major hurdle for Washington’s corrupt coup class is the upcoming government shutdown. The central government runs out of Federal Reserve just-above bog roll – ie funding again — on December 11th.  The president must reliably engage Mitch McConnell in withholding any new funding agreement, and since McConnell’s position is secure there is little motivation for him to provide favors now, especially when Trump is supremely vulnerable.

During the pandemic a Trump government shutdown would certainly generate massive public and major media outrage. Likewise, Mr Trump has been most interested in keeping his promises to the people, so a government shutdown is unlikely to be in the cards.

Another option, Trump could issue executive orders to end the endless US-initiated conflicts in Afghanistan, Syria, and Iraq.  In such a scenario, Congress would have to scramble to keep its wars going. However the new Zombie-head, major media, and US congress would certainly howl to the moon all the while.  Even so, Trump could leave office with some satisfaction, knowing that he did what he promised to do, regardless of opposition from the warfare state cancer infesting the Beltway.

The United States funds about 70% of NATO’s Cold War dinosaur existence too, with member states contributing the rest. Trump jousted with Esper over NATO, their most significant point of difference. * Now the president can defund NATO with an emergency executive order – perhaps on a government shutdown basis? –  at a stroke. Like ending America’s endless wars, defunding NATO would cause the new Zombie leader (Biden), major media, and US congress to howl to the moon all the while… and ditto on Trump’s satisfaction.

Now think of all the secrets Trump knows on so many issues, from Huntergate to Russiagate. Trump knows who setup George Papadopoulos and why.  He knows about the Steele Dossier. Trump knows the Deep State’s secrets, where the dirty laundry is hidden, and the murderous perversions which prevail in the US Pentagon and Security State.  If Trump truly were a visionary — as well as a rogue (not to mention patriot) he could easily out the dirty laundry in one go. But that may be too much, creating risk for himself and his family.  A more practical idea would be to covertly get the information out for ‘plausible denial’ release later.  All that’s left would be to admit nothing, deny everything, and make counter-accusations.

In such interesting times, Mr Trump has other options — even seemingly frivolous ones. He could out the facts on Hillary’s emails and the related alleged FBI cover-up; or undermine any deal the Zombie’s regime intends to make with Ghislaine Maxwell in order to protect powerful interests. Trump could even release all the documents, unredacted, on the John F Kennedy assassination, showing that elements within Langley’s unconstitutional Criminal Intelligence Agency were involved and that the assassination was not just the work of a “lone nut” who got lucky.

In brief, Trump’s options re outing the Deep State are virtually limitless.  Washington’s detritus and the grifters who infest the Beltway’s infernal swamp – like Biden – are of course aware of that, too. So there is a good chance some sort of deal will be cut for Trump’s graceful exit, especially if rumors are true that Trump will run again in 2024.

If not… then watch out below!

*Esper also tampered with Continuity of Government plans, perhaps alerting Trump to the nature of the snake.

I hope revolutionary war demolishes the USA if Trump doesn’t overcome this massive blatant flagrant criminal theft of election by the Dems. Personally I can’t believe it’s so blatant that I could no longer participate in any Dem action. Revolution now makes perfect sense as this nation no longer has a functioning election system or government, period. Time to rid the planet of extreme evil and give life a chance.

SCOTUS ROBERTS GAVE US OBOZO CARE AND BEGAN THIS HORRIFIC DIVISION AND HATE, THANK YOU HACK ROBERTS. THEN HACK ROBERTS TELLS PENNSYLIVINIA THEY CAN TAKE BALLOTS FOR WEEKS AFTER THE FACT. LET US SEE WHAT HACK ROBERTS DOES WITH THIS FRADULENT ELECTION…….. STAY TUNED…GET YOUR PITCH FORKS FOR THE READY!

As shown in this article, there is a group of people that are an even greater danger to Americans than “the swamp”:

With Donald Trump’s defeat, the globalists now have the freedom to impose their dystopian future on the world.

And if Biden becomes President, it is this “group of people” that control the media, not the dems, that control the dems, the republicans, that conducted this coup, and that control the CFR, NSA and the CIA. If they have gone to the extreme of blatantly stealing an election in a major Western power to get Trump OUT of office, how can anyone POSSIBLY BELIEVE that they would allow him to run again in 2024? I have heard some infantile fantasies in the last four years, but this one tops them all. If Trump does not succeed NOW, its end… Read more »

The election system is corrupt. The education system is infested with left wing indoctrinators. The judicial system is an ongoing farce. Mainstream media is a tool of the deep state. The FBI is completely worthless. Health care is a joke. Black racists and Marxist anarchists have basically destroyed dozens of our cities. If this kiddie-sniffing stooge succeeds with this coup, he will open the borders, raise taxes, ignore the Second Amendment, and impose a nationwide mask and lockdown mandate.

It doesn’t take much critical thinking to conclude what needs to be done. Executive orders aren’t gonna do it.

Bring back the House Un-American Activities Committee and go after all the commies! Joe McCarthy died too soon.

WHERE ARE ALL THE DECLASSIFICATIONS PROMISED TO THE USA? STILL WAITING, PRESIDENT TRUMP CAN YOU HEAR ME???? YOU SAID SO.

If you really want to “out” the Deep State, tell us who really killed JFK! Trump knows! 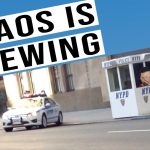 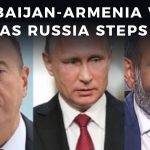