This is probably one of President Trump’s “I told you so” moments. Here, Dr Steve Turley shows us how the border wall, both its physical representation and its manifestation through policy agreements with Mexico and Guatemala, is a very real phenomenon.

Either way, they try to spin the reality in such a way as to support their political narrative.

At some point, this has to become exhausting. As Christ said to Saul of Tarsus, “it is hard for thee to kick against the goads.” And it seems that the forces that hate Trump keep getting cornered by their own false narratives.

Of of the peculiar things about this story is where we see a sacred spring that is reportedly experiencing a loss in its water levels. Somehow this is supposed to be tied to the wall construction. However, there is no logic to this claim. However, for liberals it is simply Orange Man Bad, so anything he does can be tied to some arbitrary change in the natural environment (Arizona had a beastly hot summer and may simply be in one of its periodic droughts in a place that is already a very dry desert!) Liberals are doing anything they can, but even the very beginning of an approach to critical thinking blows big holes in their narrative. The only way they can succeed is for people not to think.

However, reality is trumping even the fantasy brought on by not thinking. As the lady said, “[Trump] is doing exactly what he said he would do.”

One hopes that this continues. 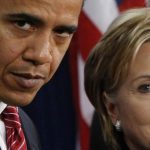 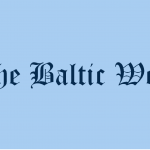