Top secret information, including sensitive documents, is largely transmitted by e-mail today, with various degrees of encryption, or if your name is Hillary Clinton, with no encryption at all. But at one time, documents procured by spies were passed on by hand. One of the most infamous such cases was that of the so-called Pumpkin Papers which involved Whittaker Chambers and Alger Hiss.

The two men could hardly have been more disparate; Chambers became a communist at a time when communism was a dirty word in the United States; Hiss, who opted for a career in law, denied ever being one or betraying his country, although the weight of the evidence suggests otherwise.

After turning his back on communism, Chambers joined the Catholic Church. Hiss ended up in prison then years later was, amazingly, readmitted to the Massachusetts Bar.

The role of both men and others involved in espionage against the United States is discussed by Professor Quigley in his classic Tragedy & Hope. By and large he is scornful of the ill-effects if not the extent of their foul work. For example, Abraham Brothman, whom the comrades claim for one of their own, was an industrial chemist who was guilty only of poor judgment (and adultery).

If you want to read up on the Chambers-Hiss case, there is plenty of material on-line, but recently, researcher David Berresford has begun putting out an audio version at libsyn.com. Or, if you want to  follow more contemporaneous traitors, keep your eye on the Biden White House and the sale of his son’s paintings at inflated prices to anonymous buyers.

How can you call these guys traitors, when it appears they were quiet clever enough to realise we were all being played by the establishment ? They did nothing that the CABAL and thousands in Government and authority positions are doing today, taking care of themselves and bugger the rest. The only thing they did wrong, was GET CAUGHT !

Hunter Biden’s laptop is the “Pumpkin Papers” for the new millennium. Joe Biden is the traitor, Alger Hiss. 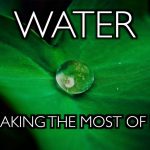 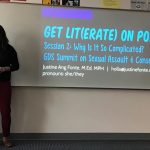