Tom Cruise, Scientologist yells at crew for not following “the science”

‘We Must Follow The Science!’ Screams Actor Who Believes Xenu Dumped Frozen Aliens Into Volcanoes And Exploded Them With Bombs 75,000,000 Years Ago

‘We Must Follow The Science!’ Screams Actor Who Believes Xenu Dumped Frozen Aliens Into Volcanoes And Exploded Them With Bombs 75,000,000 Years Ago

LONDON – While filming the next Mission Impossible movie, an actor who believes Xenu stacked frozen aliens around volcanoes and then flew Douglas DC-8s over them to drop hydrogen bombs and blow them all to smithereens some 75,000,000 years ago shouted at his crew for not wearing masks and not listening to the science.’We must listen to the science, do …

Santa needs to get his mouth washed out with soap. It was almost mission impossible, but a Twitter user managed to make Saint Nick spew Tom Cruise’s F-word-laced rant by dubbing the TV special “Rudolph the Red-Nose Reindeer,” which first aired in 1964, Fox News reported.

Tom Cruise is flying south for the winter break … fleeing his now controversial ‘Mission: Impossible 7’ set after blowing a gasket over COVID-19 rules. Production’s reportedly shut down on ‘MI7,’ but not due to a breach in COVID protocols — it’s so Tom can start his Christmas break a little earlier than planned.

That guy is an a-hole. Always has been. The Last Samurai must have been a fluke.

PS: Notice I avoid saying the a-hole’s name. Must mean I tried to novichok him or something.

This is a very good example of the fallout from the ridiculous reaction of governments to a seasonal infection. People are going crazy because the world has gone crazy. It is time to call it for what it is and say “no more”. Just say NO.

He is angry because all the extras are taller than him. I heard that he had to wear high heals in Rain man to be the same height as Dustin Hoffman. 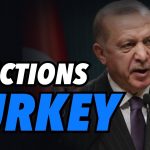 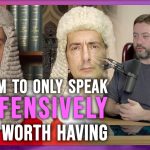