The violent mobs continue to wreak havoc on the nation.

Like many Americans, Republicans in Congress have a hard time coming up with a plan to fight back against antifa and the outraged mob that has terrorized communities across the country. The main goal of these rioters is to defund police departments. It is so insane that it is hard to respond with anything more than confused laughter. But the conservatives in the House and Senate have the right idea to defund the defunders.

Let us back up from the cable news hysteria and remember an important point. Police departments are the main reason we have the government. When you look at it, the government has a monopoly on the legal use of force. Its emissaries are paid to commit premeditated violence if needed to enforce laws. Police officers are those emissaries who carry guns and swear to use them only to enforce laws written by the people.

Yet the party of big government has become so drunk on its “wokeness” that its members want to eliminate the most basic core functions of the government, such as fighting crime, enforcing the laws, and protecting public safety. Defunding the police is somewhat like watching a football game without referees. Someone must call penalties or the contest will descend into a brawl. There would be more injuries than points.

This principle can be doubly applied when you talk about criminals. What exactly is supposed to deter murderers, drug dealers, human traffickers, and sexual predators from openly plying their trade if there is no one to stop them? If your city council defunds the police department, and you see a robbery taking place, who do you call? If criminals break into your house, what are you supposed to do? The activists have no answers.

The best they have is to replace police officers with social workers. They seem to not know that the reason adults become criminals is because the authority structures of family and society have failed. When that happens, the heroic efforts of social work are incapable of fixing the problem. What are social workers supposed to do with armed bank robbers or drug cartel hit squads? Should they sing “Imagine” by John Lennon to them?

But it is much worse than that. After all, we have seen a glimpse of what life would be like without police in Seattle and Portland. In Seattle, a mob took over a neighborhood, turned that into an autonomous zone, created physical barriers, and declared it an independent state not subject to the city or state. The local government told law enforcement to stand down. What followed was weeks of violent chaos until the mayor ceded.

The situation was perhaps even worse in Portland. The occupiers were not just trying to establish an autonomous zone outside of the authority of the city and state. They actively worked to destroy the legitimate authority of their community. They attacked residents, threw bottles at police officers, and set fire to several buildings. The liberal politicians in charge here have mostly sided with the mob. They are more outraged over President Trump trying to restore order than the violent mob destroying their city.

These liberal politicians also seem to want to defund police departments. If cities and states are crazy enough to throw their people to the wolves, the Constitution might give them the right to be crazy, although when it involves federal laws and property, the federal government has legitimate reasons to intervene. But if these cities and states refuse federal support, then the rest of us should not have to subsidize such lunacy.

Congress must ensure we have serious leaders. Lawmakers cannot simply lock their doors and hide. They must take action. When Congress passes spending bills for next fiscal year, it has to deny federal law enforcement funds to city councils and state legislators that seek to defund the police. If the rioters want to risk the lives of their fellow citizens to be cool, make them do it on their own dime. It is time to defund the defunders.

Jim DeMint is the chairman of the Conservative Partnership Institute. He is a former senator from South Carolina, sits with the White House economic recovery task force, and is the author of “Saving America From Socialism.”

What an opinion piece of crap. 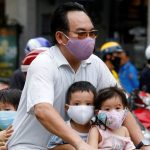 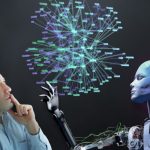