Tim Scott gets a lot of coverage on account of being one of the few senior black Republicans, but unlike many of his contemporaries, the Senator from South Carolina knows something about how the economy really works, having first hand experience in both insurance and finance, so when he faced Biden nominee Saule Omarova, he had some strong words for her. Normally, he would have asked her a series of questions, which most Democratic nominees do their best not to answer. He didn’t give her the chance, instead he pointed out that he couldn’t think of anyone less suited to become Comptroller of currency for the United States.

The antecedents of Professor Omarova – or Mrs Uckan to give her her married name – are no state secret.  She was born in the former Soviet Union, attended Moscow State University, and wrote her dissertation on the philosophy of Karl Marx. Clearly, all Republicans would find her questionable on that account, but to be scrupulously fair, she has distanced herself somewhat from Soviet ideology. For one thing, she emigrated to the United States, and for another she is quoted thus in a 2014 book by financial journalist Bob Ivry: “I became disillusioned with official Soviet ideology because of Karl Marx”, while of the Soviet Union, she said Ronald Reagan had nothing to do with its collapse: “There were no more true believers left in that country. Its legitimacy was eroded over time. When people share a sense of helplessness, that’s a peril. The Soviet Union rotted from within.”

The Soviet Union may be long gone, but not the perverted and dangerous philosophy of Karl Marx which has now been augmented with all sorts of rubbish about race, homosexuality, and the idea that men can become women simply by identifying themselves as such. And Saule Omarova espouses Marxist views, whether she acknowledges them or not, whether she realises it or not, as Senator Scott pointed out, she is an enthusiastic proponent of the insane Green New Deal, a project that is so important it cannot be subjected to Congressional oversight but instead requires a new body called the National Investment Authority. In the UK, organisations like this are called quangos; they employ people in make-work jobs and are as Senator Scott suggests, a law unto themselves.

Her views on the financial services industry are not totally without merit; this is one that needs serious reform and has so far dodged it in spite of the 2008 crash and all manner of other, albeit smaller disasters, but she also wants to bankrupt the energy industry. Actually, she said “we” want smaller players in the oil and coal industry to go bankrupt in order to tackle climate change. Climate change is of course a chimera; there are far bigger, real problems that need to be tackled such as the trashing of the natural world and the burgeoning world population. These are problems that most people over the age of about fifty won’t live to experience, but they must be tackled nonetheless.

Does she not realise though that oil and coal have many uses besides heating buildings and moving from A to B? Coal is used to manufacture aluminium, which although an element has to be extracted from other minerals. Plastics are manufactured from both oil and coal. While it is and will be desirable to scale down the oil and coal industries, they  will both of necessity be with us for a long time to come.

Perhaps most sinister though, she wants to abolish the commercial banks and bring the entire banking industry under state control. If that isn’t socialism, what is? But this proposal isn’t simply socialism, it is outright tyranny. Take a look at some of the more odious members of the Democratic Party: the moronic Alexandria Ocasio-Cortez, the deranged Ayanna Pressley, or the utterly corrupt Maxine Waters. How would you like any of these uglies to have control of your finances? This is what socialism means, and this is why anyone who disagrees with Tim Scott on giving this woman power over the nation’s purse strings is either evil or insane.

This article offers zero evidence that she’s a Marxist. Her having done her PhD thesis on Marx doesn’t mean she’s a Marxist. Furthermore “TheDarkMan” presumes that the Green New Deal is Marxist. Nowhere does “TheDarkMan” even once quote from Marx and then quote from the proposed (Green New Deal) legislation and demonstrate any specific way in which that proposal can reasonably be viewed to be specifically “Marxist” — as opposed to, say, democratic socialist, or any of the many other varieties of leftist thought. This article is full of adjectives, such as pertaining to “the insane Green New Deal” and… Read more »

f you don’t think the so-called Green New Deal is Marxist/statist, you haven’t studied it. If you don’t believe Alexandria Ocasio-Cortez is a moron then perhaps you should watch that clip of her being humiliated by Tom Homan, the one of her wrestling with her garbage disposal, her claim that fixing the border is white supremacy because there is no invasion, her claim that the White House is one of the three branches of government. Omarova has stated, and there is a video of this, that she wants small coal and oil companies to go bankrupt. Furthermore, and this is… Read more »

I want big coal companies to go bankrupt, but that doesn’t have anything to do with Marxism. Have you even read Marx? I have; I never did think it to be intelligent, but all philosophers are no better. Your entire ‘argument’ is ad-hominem,NOT ad-rem.

Yes, I have read Marx. There is one reference to usury in Kapital, one. What does that tell you? This woman wants to bring the whole of the United States under the control of the Federal Reserve. If you don’t call that Marxism at least concede that it is tyranny. 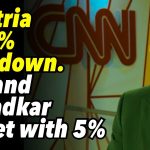 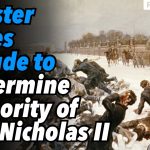