If you haven’t heard of Tiffany Cross, she is the poor man’s Joy Reid, and arguably even nastier. Sam Harris is a lot better known, mostly as a philosopher, and like Cross he has a big mouth. Unlike Cross, he isn’t a moron, so while she can be if not forgiven then tolerated for her demented remarks, Harris can’t.

Recently, while sitting in for Joy Reid, Cross claimed America is now in a state of civil war, and that we – braindead Democrats – should prepare for violence. She is far from the first person to make this observation, but blaming everything on the rhetoric of a few Trump supporters and a recent fatal incident when a dude lost it with the FBI, that shows a curious myopia about the real causes and especially the perpetrators of political violence in the United States. Ever the double standard – the right are always evil while the left always get a pass.

There is though perhaps another reason why Cross is always so angry. In September last year she shared a personal story with MSNBC’s  tiny audience, one she should be given credit for. She had for years suffered from a painful female condition that necessitated an operation she said she would never have been able to afford but for Obamacare. She chose a  black female surgeon for the operation, not out of racial solidarity – wouldn’t that have been racist? – but because this is a condition that affects many black women. So diseases are racist? Not quite, but different races have different disease patterns, and contrary to what some black female academics think, men cannot become pregnant.

The surgeon Cross chose was no affirmative action hire, she speaks French, Italian and Spanish but apparently not ebonics, and she is a graduate of the University of Virginia School of Medicine. This is the oldest medical school in the United States and was founded by none other than Thomas Jefferson, so guess what Tiffany, you can thank  a long dead white supremacist slave owner for alleviating your pain, because if you had been born in your ancestral homeland and treated by the local witch doctor, you would have been dead by 43 instead of sitting in for an equally ignorant presenter who like you is one of the most privileged women ever to have lived.

While the pronouncements of Tiffany Cross have gone largely unnoticed, Sam Harris has been less fortunate. He made his remarks to Triggernometry, a duo of comedians who decided they would fare better conducting at times controversial interviews instead of telling lousy jokes.

So what did Harris say that was so outrageous? That getting rid of Donald Trump was a case of the means justifying the ends, and if that included a mainstream media blackout on Hunter Biden’s laptop from Hell coupled with a massive left wing conspiracy, then so be it. You can watch the full interview on their channel and read about it all over Google News. One Australian website called his comments insane.  His interviewers gave Harris more than one opportunity to retract, but he insisted he wouldn’t care if Hunter Biden had children’s corpses in his basement.

One person who was quick to call him out was Jimmy Dore, who said in so many words that Harris was the fascist rather than Trump. Him and Tiffany Cross, it would appear.

A question for TheDarkMan. Why is the Duran allowing the comments section to be destroyed with Spam?

Are things so bad that they need the extra revenue, by allowing the advertisement of get rich quick scams on the Duran website.

The interview with Sam Harris was chilling. Narcissistic. Psychopathic.

I didn’t watch it, but he’s always been this way: a torture advocate, an apologist for “humanitarian” interventions, and an unconditional supporter of Israel (see how the critique of “religion” gets put on hold when it comes to one’s own tribe?). 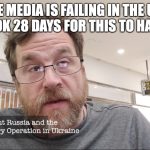 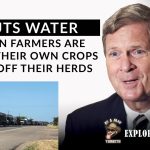