“We’re an empire now, and when we act, we create our own reality. And while you’re studying that reality — judiciously, as you will — we’ll act again, creating other new realities, which you can study too, and that’s how things will sort out. We’re history’s actors . . . and you, all of you, will be left to just study what we do.”

Above is the sinister statement from Karl Rove connected with the Bush family and the new world order. He was Deputy Chief Of Staff for George W. Bush and has been a political actor behind the scenes from 1978.  A senior advisor to George W. Bush during 911, his words are “signal not noise”.   They are deadly serious, as we are running around in circles trying to figure out what is happening, they are preparing the next attack to confuse and distract us from the real game to remove our wealth and rights.

That Karl Rove and Chris Christie are involved in redistricting for the GOP should be a concern for everyone.  These people are bad actors, as is Pompeo.  Karl Rove is as bad as Bill Barr, they are architects of nightmares in order to steal from you.  9/11 and the pandemic are merely excuses to distract you with fear while they pick your pockets and remove your rights.  The ultimate goal will be a world of serfs/slaves run by a gangster elite.

Former New Jersey Gov. Chris Christie and ex-Secretary of State Mike Pompeo, previously a House member from Kansas, are signing on as co-chairmen of National Republican Redistricting Trust. The organization is charged with boosting party efforts in the states to draw congressional maps that maximize the number of seats drawn to elect Republicans while providing legal assistance to defeat opposing lawsuits brought by the Democrats. Karl Rove, a top Republican strategist, is joining NRRT as a senior adviser.

“When Democrats don’t win at the ballot box, there is no legal strategy they won’t try in order to litigate their way into power,” NRRT Executive Director Adam Kincaid said in a statement. “We need Republicans like Secretary Pompeo and Gov. Christie who will defend our country and our party against the Democrats’ attempted nationwide judicial power grab.”

Democrats accuse Republicans of “gerrymandering” — drawing contorted maps that unfairly boost GOP prospects at the expense of the political choices a majority of voters would otherwise make in a particular state. The Democrats have their own national group to lead their party’s efforts on this front: The National Democratic Redistricting Committee, led by chairman Eric Holder, former attorney general under former President Barack Obama.

Republicans, meanwhile, claim that it is the Democratic Party that is engaged in unfair gerrymandering. NRRT officials say their twin goals are ensuring that states produce fair maps that reflect the will of the voters and stopping Democrats from using the courts to accomplish what they fail to squeeze out of a state’s legislature, or independent redistricting commission, depending on which entity oversees the process.

“Obama and Holder claim to oppose ‘extreme partisan gerrymandering,’ but the truth is they support the far left rigging the maps to ensure Democratic control,” Rove said in a statement released by NRRT.

Republicans did not lose control of a single state legislature in which they held a majority in the 2020 elections. That, combined with the reapportionment of House seats per the 2020 census, has positioned the GOP to win the battle over redistricting heading into the 2022 midterm elections. Republicans only need to win about five seats to recapture the House majority, a figure they could net from redistricting alone before a single vote is cast.

CLICK HERE TO READ MORE FROM THE WASHINGTON EXAMINER

The Democrats claim this outcome is only possible if the Republicans unfairly manipulate the new maps. 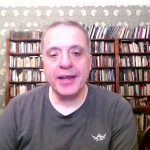