Dr Steve Turley nails it here as he discusses the fallout of the “conviction” (rather similar these days to “election”) of Derek Chauvin, who was convicted on all three charges laid against him in the death of George Floyd, a drug-using small-time criminal who resisted arrest to the point that he was restrained on the ground.

Hey, wait! That is not what the media says! They said this unarmed black man was killed by a black-hating racist white scumbag cop!

Yes, that is correct. That is what the media says. The only problem is, it is very likely not true. We still do not know, because the court of public opinion was allowed so much leeway in what was supposed to be a legal proceeding, dispassionate, where one is innocent until proven guilty.

We do not know if that proof was made. We only know that Rep. Maxine Waters left her own state and left DC to go to Minneapolis and incite violence.

We know that after the conviction, nothing changed. Riots continued, and no one found any peace.

One thing is changing though: Police officers are resigning their posts, knowing that staying on presents a risk to their liberty and freedom and families just because in doing their job, they sometimes have to shoot people. Sometimes those people are on drugs, made crazy from chemicals or from the similiarly intoxicating “gangsta culture” and some of those people are black, and they have come to believe that fighting police officers is a good idea, even if it gets you dead.

It doesn’t matter because if I die, the cop is going down too… so let’s do it to the ….

Some folks opt for sanity and leave the force. It is too bad, for the cities they no longer protect are falling into anarchy and lawlessness, which means more murders, and more killing of people, blacks included and probably most of all.

It will not be long before the Army will take over where the Police leave off. Look out America, be careful what you wish for.

You can just imagine a white cop spotting a car doing something illegal and thinking they better stop this idiot before someone gets run over. Then on seeing the driver looking full of drugs and maybe a weapon or two in the car. I would not blame the cop if they thought it is near lunch time so we will let this thug go about his lawful journey. And have a McDonald’s instead. Then the officer gets to keep their job and not languish in prison at the behest of Maxine Waters rent-a-mob. 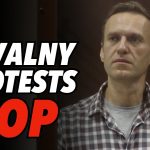 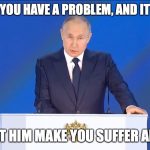