Giselle, 19, put her virginity for sale on using the Cinderella Escorts website, a site that specializes in escort listings from around the world.

A thirsty beta, Abu Dhabi businessman ended up paying $2.9 Million for the “honor” of being the first man to sleep with the 19 year old model.

Another young millennial has reportedly sold her virginity for millions on the famed site Cinderella Escorts.

Back in April, a Hong Kong businessman paid $2.5 million for an 18-year-old Romanian model’s virginity. Just yesterday, we outlined that millions of millennials in the United States could be trading sex for their next debt servicing payment on a website called SeekingArrangement.com. As what we believe, the trend is clear and millennials are resorting to sex for a real simple get-out-of debt option or the chance for a better life, as their future economic prospects are quite dim.

The latest demand for virgins is coming from a businessman in Abu Dhabi who has agreed to pay $2.9 million (€ 2.5million) for the virginity of a 19-year-old part time student and model living in California. The model named Giselle,19, is astounded by the overall outcome of the auction and says a Hollywood Actor and Russian Politician were also in the running. She says this is “a dream told true” and plans to use the money for — you guessed it— tuition fees and travel. Perhaps, she’ll be one of the few millennials enjoying avocado and toast for breakfast for the rest of her life.

According to the Daily Mail the model said, ‘I am happy to have decided to sell my virginity through Cinderella Escorts.

‘I would never have dreamt that the bid would rise so high and we would have reached 2.5million Euros. This is a dream come true.’

Giselle said she was ‘shocked’ by the outrage against women selling her virginity, describing it as a ‘form of emancipation.’

‘If I want to spend my first time with someone who is not my first love, that’s my decision,’ she said.

‘The fact that women can do what they want with their bodies and have the courage to live their sexuality free against the critics sets a sign for emancipation’.

She added: ‘In retrospect, how many would probably give up their first time if they could have 2.5million Euros instead?’

The man behind Cinderella Escorts, Jan Zakobielski, 27, who runs the business from Dortmund, Germany, and as the Daily Mail put it, “likens a woman’s virginity to a very old wine or a luxury car”.

Cinderella Escort’s fees are twenty percent of each transaction, which is a sizable payout for Zakobielski.

A spokesman for Cinderella Escorts said: ‘On our website you will find a video where girls from all over the world talk about the reasons to sell their virginity.

As the geopolitical tensions in the Middle East spiral out of control and a military conflict looms, it seems as one lucky Abu Dhabi businessman has found a novel way of funneling hot money out of the region before a conflict with Saudi Arabia and Lebanon breaks-out.

For Giselle, if the transaction goes through her avocado and toast days are just ahead while blowing all her money on tuition, but for the greater scope of the millennial generation, it’s a bleak future with many hardships of debt servicing encompassed in a stagnate wage growth environment unless you sell your virginity.

We imagine this trend is only getting started…

On the other hand, Hillary pays 3 million cash to anyone. to “Do” her butt… (no callers… so far…) 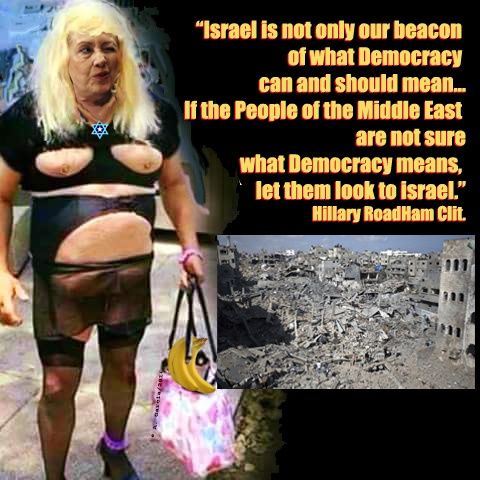 A prostitute, the amount payed is just a number placed on her debit card proving which way her ..head is screwed on.