The former UK Ambassador, Craig Murray, wrote for all of us, on September 16th, by observing that, “When the so-called ‘Leader of the opposition’ opposes protest against a new unelected head of state, out of respect for the previous unelected head of state, you know you live under totalitarianism.” Though he was saying this about specifically the UK, it could apply actually anywhere throughout The West, where the billionaires effectively own virtually all, or even entirely all, successful national politicians, politicians who have won elections to the national government — and this is the case in all countries throughout The West; i.e., it’s true throughout the entire U.S. empire, including all of its vassal-nations (called “allies” by the imperial Government, the USA), because this is the way that the U.S. empire works. It works on the ancient empire-and-vassal-state, or “colonial,” model, except that it pretends to be (like it had been until 1945) an authentic majority-rule democracy, no mere aristocracy that represents ONLY its very wealthiest — a dictatorship of the public, by and for the super-rich. Prior to The Great Depression, the U.S. had been increasingly tending to become an aristocracy instead of a democracy; and, then, FDR’s Presidency aimed to establish democracy more solidly here; but, after FDR’s death, America quickly DID become ruled by its few super-rich — a ferocious aristocracy who crave hegemony over the entire world. President Truman established such a dictatorship in — and by — America. He despised FDR and replaced his entire Administration within two years.

Murray was saying that this new model of national and international tyranny consists of governments in which there is a two-Party ‘democracy’, such as the UK (Conservatives v. Labour) or U.S. (Republicans v. Democrats), but both Parties actually represent only contending segments of the aristocracy (the super-rich), NOT the public nor any significant faction of the public. Occasionally, there are three or more Parties that participate in governing, but this changes nothing, because then the aristocracy consists of more than two factions. Any multi-Party dictatorship is still a dictatorship — the number of Parties is irrelevant in a dictatorship. (For example: even Germany’s Nazi Party had its contending factions. Not all Nazis agreed with one-another on every issue.)

U.S.-and-allied countries, of course, deny this, because one of their biggest tools for achieving hegemony over the entire world is by deceiving publics everywhere to believe that the U.S. empire doesn’t even exist; it’s not an empire; it is instead an alliance for democracy, its members are democracies, and its enemies are dictatorships. Consequently, for example, America’s anti-Russia military alliance, NATO, sings that lying song every day. Its own enormous record of aggressions is ignored, and it pretends to be, instead, a peace-organization, and ‘purely defensive’, and waging war only to ‘defend democracy’. So: the reality is suppressed by their lies, and what they censor is the truth.

Murray’s commentary was about freedom-of-speech, by which he meant instead not “speech” but publication: the idea there is that in a democracy, censorship (no matter how it is done) is the supreme crime — it is treason, because no democracy can survive the existence, in itself, of censorship, against any kind of statement, for any reason other than to prohibit publication of proven falsehoods that can reasonably be expected to have a significant impact upon politics and thus upon the Government itself — i.e., falsehoods that can affect voting for or against a candidate or a referendum and thereby affect the Government itself. Lies that have no significant political impact can be prosecuted by their victims, in civil law; but lies that have political impact are matters of criminal law, treasonous, threats against the very possibility of democracy, crimes against the public, because such lies enable the liars and the super-rich who fund them to deceive voters in ways that can cause voters to vote against their own interests, upon the basis of such deceits. Political lies are thus crimes against democracy itself, treasonous, just as much as censorship (publishers’ blacklisting against some ideas or against the advocates of those ideas) is treasonous. The only way that democracy can function is by prosecuting, under the law against treason, political lies, and by allowing, as a right that everyone has, to assert and to publish anything else than that (i.e., than political lies). (Political lies are themselves treasonous, because they are intended to mentally coerce voters to vote for the coercer’s interests, and against the voter’s interest. Political lies are consequently mental warfare against the public.)

Democracy is a fragile thing; and, consequently, anywhere that it exists, it usually doesn’t last long. The super-rich normally have no difficulty in overthrowing and replacing it. Dictatorship by the super-rich is the natural form of government everywhere; and — like predators, and like toxins, which exist in nature — not everything that is natural is good. Democracy is good for the public, but it is unnatural and can easily degenerate back into some form of aristocracy.

Democracy has always been a falacy. Read how Plato thought about democracy. Ruled by a majority of dummies. We have always lived in a burocracy powered by oligarchs. In colonial times it was big oil corporations. Today its Blackrock Vanguard and Statestreet owned by the oligarchy.

The founders of Fascism admired Plato’s The Republic and other writings.

Yes, Democracy is an illusion. So why not dispense with this game of charades and simply auction off political offices. At least we will have Truth in Advertising, namely that money rules, and we can dispense with the silly lies and propaganda. Plus the Government makes money on the deal.

We’d have the same rulers that we now do.

That’s right, but we dispense with the phony games and go directly to the end result. And all of the money that would be spent on media propaganda goes to government revenues. And everybody clearly understands that it’s money that rules the day.

Allowing us to return to our football games and soap operas and enjoy life to the fullest.

Here would be another plus for direct auctions of political office. Only the winner has to bear the cost. The way it is now, you can lose both your money and the office. Maybe Bill Gates can afford that, but I can’t. It would at least help if I knew that I would get my money back if my candidates did not win.

An excellent article, Eric. Thank you.

U.S.-and-allied countries, of course, deny this, because one of their biggest tools for achieving hegemony over the entire world is by deceiving publics everywhere to believe that the U.S. empire doesn’t even exist…

… interestingly, that Modus Operandi is also attributed to Satan.

FWIW & IMO, the best form of governance is a benevolent dictatorship, ruled with an iron fist by someone with a genuine passion for the interests of the common folk (the diametric opposite of consummate arseholes like Klaus Schwab and Bill Gates).

Hard to find, harder to keep, but better than all else while it lasts.

Since it’s a dictatorship, there is no restraint upon it. You think that can be a good thing? I don’t. It is an invitation to evil. How can the word “benevolent” even be presented in such a context? Just think about how “benevolent” a dictator can be when one or more of the billionaires who got him/her there decides to eliminate him/her? Even a dictator is not all-powerful — that would always be impossible. Furthermore: even if it WERE possible, how could a benevolent dictator be more than just a lucky fluke? Without there being a SYSTEM in place to… Read more »

LOL from Craig’s article “We have the extraordinary and macabre spectacle of the corpse of the late Queen being carted around the country and her coffin put on public display. If people really cared for her, I would have thought it much more respectful to bury her, but the monarchist hysteria has to be dialed up past 11 for the longest possible period, and the excuse for suppressing dissent has to be maintained. Young Rory, who was viciously, physically attacked for heckling sexual abuser Prince Andrew at the Edinburgh procession and then arrested, handcuffed and charged, was widely condemned by… Read more »

We are subconsciously, hormonally endowed with the ability to be aggressive (predatory), form social dominance hierarchies (social strata) and to form caring, cooperative bonds. These contribute to a dynamic of social control that produces “Alphas”, caste or class systems, inequalities, intra-spiecies competition. How many couples, families, communities, schools, businesses, or nations have you found to be “democratic”? We cling to the myth as desperately as that of “freedom”. Nobody wants to be the bad guy, the fool, or the loser. Mutual respect and cooperation may be the ideal, a healthy system that encourages healthy individuals and groups, but they are… Read more » 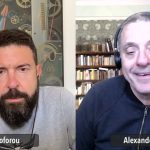 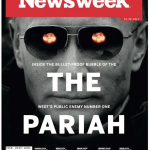