On September 17th, I headlined “Fraudulent Yale School of Management Report Says Russia Will Be Crushed by Western Sanctions”, and now I shall report on how that study was reported in the press, especially in Germany, since Germany is the country that is mainly suiciding its economy by carrying out the U.S. regime’s demands to stop importing fuels from Russia.

A preliminary version of that fraudulent study was circulated to ‘news’-media or propaganda-agencies, and the German national broadcaster Deutsche Welle was one of its recipients. On July 28th, they headlined “Yale study shows sanctions are crippling Russia’s economy: Researchers at Yale University say the Russian economy is suffering massive damage due to Western sanctions, despite Moscow downplaying the effect.” This was a stenographic, non-critical report of the contents of Yale’s fraudulent report. It was like all of the U.S. empire’s ‘news’-media had reported about “Saddam’s WMD” back in 2002, and as the regime’s media have behaved subsequently about everything; i.e., as propagandists, not actually news-media.

also supportive information from other ‘expert’ sources. For example, they included this tweet from Likka Korhonen, who is the head of the Bank of Finland Institute for Emerging Economies:

Here is the complete document from which those 11 of the Russian Government’s official 175 economic goods-and-services categories were selected. As you can see there, Mr. Kohonen had selected the 11 worst-performing of the 175 categories. Overall, for the “half year” from January through June of 2022, as compared to that same period of the prior year, the ratio was “100.7”, or up 0.7% overall, throughout that period, which included everything in March, April, May, and June, the first four months of the invasion of Ukraine. So: Deutsche Welle had selected to report a tweet from an ‘expert’ who had selected to report only the 11 worst-performing of the 175 economic-performance areas, all of which had, of course, performed very poorly, when, overall, Russia’s economy, as shown in those same data, had actually increased by 0.7% during that period.

The report said Putin was resorting to patently unsustainable, dramatic fiscal and monetary intervention to smooth over structural economic weaknesses. … “Since the invasion, the Kremlin’s economic releases have become increasingly cherry-picked, selectively tossing out unfavorable metrics while releasing only those that are more favorable,” the study said.

Paid mules to put out crap.

The hypocrisy of those who create ficticious narratives about other nations while covering up the destruction at home. 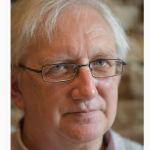 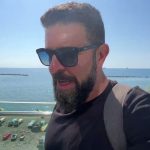