On July 7th, Bloomberg News headlined “EU Bureaucracy Seen Blocking 1.5 Billion-Euro Loan to Ukraine”, and reported that, “The executive arm of the European Union is blocking a 1.5 billion-euro ($1.5 billion) loan for Ukraine as caution prevails over the country’s urgent needs, according to officials.”

America alone has donated and loaned, during this year, $54 billion to Ukraine, mostly for U.S.-made weapons, which have been rushed there from existing U.S. stockpiles, which stockpiles will need to be restocked with new weapons-orders from firms such as Lockheed Martin, whose corporate stock value is up 12% thus far this year. However, this is a mid-term election-year in America, and inflation is already running against political incumbents, especially Democratic Party ones. On June 10th, the AP bannered “US inflation at new 40-year high”, and reported that “Consumer prices surged 8.6% last month from a year earlier.” Already, on May 20th, the AP had bannered “War fuels surging prices in Europe” and reported that “The war has accelerated inflation across Europe and the world, with prices for energy, materials and food surging at rates not seen for decades. It’s causing sticker shock at the grocery store, gas pumps, electricity bills and construction sites.”

A new loan of $1.5B to Ukraine being turned down means that any larger loan by the EU to Ukraine will now be impossible. For the U.S. Government to jump in and fill the mounting voids in Ukraine would be virtually impossible, under present political conditions. However, unless those voids become somehow filled, what are the prospects for The West to win its war in Ukraine, against Russia?

The West (U.S. and its allies) is becoming terrified at how deep a financial hole Ukraine has cost it, and so is now stopping to lend it more money. That’s sudden.

I wrote today to a friend who ardently supports Ukraine in this war:

Should The West now invade Russia in order to prevent the collapse of Ukraine? What do you, who condemn Russia and support Ukraine in this war, propose that Western ‘democracies’ now do?

You support NATO/U.S.’s January 7th decision to ignore Putin’s long-repeated (and as-of 17 December 2021, formal) demands for NATO to roll itself back to its 1991 borders like it had many times promised to Gorbachev that it would permanently remain (move “not one inch eastward”), and you also support Obama’s February 2014 coup to grab Ukraine (the part of Russia’s border that’s the nearest to Moscow) to add Ukraine to EU and then to NATO for U.S. missiles ultimately to become placed there, a five-minute flight-time away from blitz-attacking Moscow; but should Biden and company now invade Russia because Russia will no longer tolerate this — Putin’s saying that these “provocations” have gone too far and he’ll no longer tolerate it? Is that what you would do, if you were Biden & co.? What do you think the ‘democrat’ Biden should do, now? I would like to know your view regarding this very-much-real-world, here-and-now, practical problem.

He responded: “I no longer want to talk about Ukraine. … So let’s just put this behind us.” I think it’s instead a question that everybody should be thinking about, now, because it’s very much in front of us — all of us — no matter how much a person wants to retain existing prejudices. Ignoring Russia’s essential national-security needs has already cost the world (except for weapons-makers) a lot (and might now cost Ukrainians everything), and will cost everyone vastly more if it doesn’t stop soon. What U.S./NATO did on January 7th is turning out to have been disastrous for virtually everyone.

Baulking at a $1.5Billion loan could mean that this insane ride to oblivion is at least slowing. After all they could as before, simply digitally print it. Perhaps they have realized that even if the USD and Euro exist by the time the loan could be paid off, they would need 1.5 billion wheel barrows to collect it. Not to mention the question of what of Ukraine will even exist? Their goal of a complete financial reset via economic meltdown is probably irreversibly set in motion at this point, although the East may survive, at first isolated, gradually surviving then… Read more »

Unfortunately, reality is what you cannot “put behind you”. When you open your eyes, it’s still there!

There is a big difference between the EU and the US. The EU is indeed baulking and may back down. The US is gung-ho for oblivion. The EU cannot print money. The US can.

That’s a good point, and I was aware of it when I wrote the article, but if the U.S. Government tries now to bankroll Ukraine’s Government to victory against Russia’s Government, I think Russia will defeat U.S. because Russia has been systematically preparing for this since Putin came to power and especially since 2013 but America has not — its 100% neoconservative Deep State way underestimated Russia’s capabilities and determination. Europe will virtually collapse this coming winter, and in America Republicans will be blaming everything on Democrats, and lots of Democratic voters won’t even vote; so, starting on 20 January… Read more »

The sooner those Atlantean snake demons get the fkng hell out of Ukraine the better Ukraine will be. I will be decreeing for the absolute destruction of western Europe’s economy and of the US and then bury these nephilim in cow maneur.They will shit their pants when the people rise uo to drag them behind their tractors…..they will wish they never were born after I Finnish with these freaks . 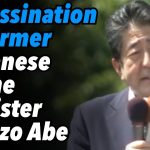 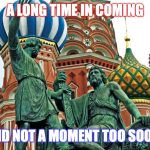