The West and The Arrest in Belarus: A Case of Fear, Double Standards and Impotent Rage

MINSK, May 24. /TASS/. Roman Protasevich, a co-founder of the Nexta Telegram channel deemed as extremist in Belarus, who was detained at Minsk’s airport on Sunday, is giving a confession, according to a video aired by the Belarus 1 TV channel on Monday. “I am kept at detention center No.

No reason for West to be shocked by Ryanair flight incident, Russian diplomat says

No reason for West to be shocked by Ryanair flight incident, Russian diplomat says

MOSCOW, May 24. /TASS/. There is no reason why Western countries should be shocked by the Ryanair flight incident, Russian Foreign Ministry Spokeswoman Maria Zakharova wrote on Facebook on Monday. “What is shocking is that the West has described the incident in Belarusian airspace as shocking.

The “rules-based international order” is a dull phrase beloved by diplomats that can sound like a meaningless cliché. Boris Johnson, Britain’s prime minister, even briefly considered instructing his officials to stop using the term. But if anyone doubts the need for a rules-based international order, they should consider what has just happened to Ryanair flight FR4978 from Greece to Lithuania.

No problem. Russia just announced it will add more EU sanctions and deny EU carrier overflights until it presses Ukraine to divert to Belarus the $3bn it stole from Russia with EU blessing to make up the difference.

Good news indeed. Could you please indicate the source (any language would do)? Thank you.

I only wish it were true.

Had a spark of hope for a fleeting moment. So easy to forget the limits to Putin’s pro-activism, and succumb to wishful thinking.

The aircraft left an EU member and was routed to another EU member.

The RF has damn all to do with the change of plan.

Belarus makes its own assessment and acts.

The UK, for instance, does exactly the same in the same circumstances no matter who owns and operates the aircraft.

there are limits to everything, but if you take a step back and look at the bigger picture, Putin’s gains in power, status and influence have grown at about the same rate as those of the US and EU have declined. I can see some reality behind all that wishful thinking. Cheer up. Or at least try to.

so who can guess who owned a major news agency in BLR during protests? where are the former owner(s) residing now?
uuu dirty antisemites 😈 fujjjj 😎

The “secretive aninymous sources” Mr. Mercouris – who like all western ” analysts” has no access to russian media and speaks no russian – refers to are not ” secretive” or ” anonymous” at all.
According to russian media twomwell-knoan russian pranksters, Vlasimir Kushneziw and Alexei Stoljarov called up the NED, pretended they were Tichanovskaya and her chief of staff and then the guys and gals at the NED talked a lot and spilled a lot of beans.
This is all over russian media. Too bad western “analysts” don’ t notice.

I read about it weeks ago, in English. Why the assumption that Mercouris hadn’t done the same?

The dullard Fart Times is hilarious. So, they’re proposing that such ‘renditions’ be outlawed by those very same countries that have made it common practice? Yeah, that’ll happen.

All Boisterous on the Western Front
Reply to  Eugene Ionesco

I wonder, wasn’t Protasevich in Athens for vetting with Pyatt for a position in Belarus’ next installed government? Love affairs with far right figurines seem to be all the rage in US/UK/EU/CA diplomatic circles these days. I even heard that Canada’s Freeland came out in extraordinary support for Protasevich as a journalist following in the very best traditions of grandpa Chomiak. Nuland didn’t even have to threaten the EU with a FK_U this time around. Such is progress.

Anonymous sources tell that Pyatt presented him with the ‘Jimmy Olsen Junior Journalist in Training’ patch for his camouflage sleeve.

One day, maybe sooner maybe later, the crescendo of all of this relentless nonsense from the West will culminate in a very big boom.

On a Lighter Note:

Poland’s government officials, desperate for the jab for themselves, have found a way to circumvent EU’s ban on Sputnik V and still stay within the letter of the law.

“Poland interested in importing COVID-19 vaccine for animals from Russia”

Excellent analysis. What I take away from it is that the Protasevich issue is nothing more than yet another indication that the West, having lost all virtue itself, now more than ever resorts to virtue-signaling, screaming loudly their contempt for others for doing the same thing the West has done routinely for a long time. The only result of this foolish exercise is that the West has caused Belarus to join the Eastern alliance by allying itself with Russia. To couch it in different terms: I see the West as a raging Pit-bull which, after having lost all his teeth,… Read more »

The vertigo of American virtue
Reply to  Helga I. Fellay

The US arm of the virtueless West supports such causes using only the best of people, eastern-european neo-nazi child-killers in training and islamic jihadi culinary-trained head choppers.

The irony is that the Western and US/UK hostility toward Russia, in particular, has greatly increased the competence of Russian institutions. The Russian military training has been greatly enhanced by the combat training missions in Syria. Russian military equipment has been greatly enhanced and is now superior to Western equipment in most aspects. Russian diplomacy is second to none and is greatly enhanced by the use of satire and humour that mocks Western ‘ indispensability ‘. Russian industry has re-learned that it’s vital to have the national ability to manufacture ALL the components of strategic goods and services. The most… Read more »

The president of Spain made a hard speech at the EU summit related to the rights od this indivudual of proed nazi background and part of the communications of the Azov Battallion but then he had no words for th rughts of the Saharaui people, who, after,all should still be under Spanish protection as fomrer colony people untl the issue of their slef-determination is resolved at Unlevel, not by the usurpers in the US. He had no had words for the Moroccan US satrap who launched an invasion of around 9000 violent operatives, which incuded some 2000 little children amongst… Read more »

Apparently, the ghost of Francisco Franco lives on.

Has anyone ever found an article, in any language, published by this ‘journalist’? 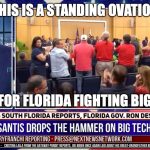 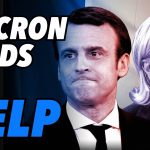