In Chapter 5 of The Prince, Niccolo Machiavelli describes three options for how a conquering power might best treat those it has defeated in war. The first is to ruin them; the second is to rule directly; the third is to create “therein a state of the few which might keep it friendly to you.”

The example Machiavelli gives of the last is the friendly government Sparta established in Athens upon defeating it after 27 years of war in 404 BCE. For the upper caste of an Athenian elite already contemptuous of democracy, the city’s defeat in the Peloponnesian War confirmed that Sparta’s system was preferable. It was a high-spirited military aristocracy ruling over a permanent servant class, the helots, who were periodically slaughtered to condition them to accept their subhuman status. Athenian democracy by contrast gave too much power to the low-born. The pro-Sparta oligarchy used their patrons’ victory to undo the rights of citizens, and settle scores with their domestic rivals, exiling and executing them and confiscating their wealth.

The Athenian government disloyal to Athens’ laws and contemptuous of its traditions was known as the Thirty Tyrants, and understanding its role and function helps explain what is happening in America today.

For my last column I spoke with The New York Times’ Thomas Friedman about an article he wrote more than a decade ago, during the first year of Barack Obama’s presidency. His important piece documents the exact moment when the American elite decided that democracy wasn’t working for them. Blaming the Republican Party for preventing them from running roughshod over the American public, they migrated to the Democratic Party in the hopes of strengthening the relationships that were making them rich.

A trade consultant told Friedman: “The need to compete in a globalized world has forced the meritocracy, the multinational corporate manager, the Eastern financier and the technology entrepreneur to reconsider what the Republican Party has to offer. In principle, they have left the party, leaving behind not a pragmatic coalition but a group of ideological naysayers.”

In the more than 10 years since Friedman’s column was published, the disenchanted elite that the Times columnist identified has further impoverished American workers while enriching themselves. The one-word motto they came to live by was globalism—that is, the freedom to structure commercial relationships and social enterprises without reference to the well-being of the particular society in which they happened to make their livings and raise their children.

Undergirding the globalist enterprise was China’s accession to the World Trade Organization in 2001. For decades, American policymakers and the corporate class said they saw China as a rival, but the elite that Friedman described saw enlightened Chinese autocracy as a friend and even as a model—which was not surprising, given that the Chinese Communist Party became their source of power, wealth, and prestige. Why did they trade with an authoritarian regime and by sending millions of American manufacturing jobs off to China thereby impoverish working Americans? Because it made them rich. They salved their consciences by telling themselves they had no choice but to deal with China: It was big, productive, and efficient and its rise was inevitable. And besides, the American workers hurt by the deal deserved to be punished—who could defend a class of reactionary and racist ideological naysayers standing in the way of what was best for progress?

Returning those jobs to America, along with ending foreign wars and illegal immigration, was the core policy promise of Donald Trump’s presidency, and the source of his surprise victory in 2016. Trump was hardly the first to make the case that the corporate and political establishment’s trade relationship with China had sold out ordinary Americans. Former Democratic congressman and 1988 presidential candidate Richard Gephardt was the leading voice in an important but finally not very influential group of elected Democratic Party officials and policy experts who warned that trading with a state that employed slave labor would cost American jobs and sacrifice American honor. The only people who took Trump seriously were the more than 60 million American voters who believed him when he said he’d fight the elites to get those jobs back.

What he called “The Swamp” appeared at first just to be a random assortment of industries, institutions, and personalities that seemed to have nothing in common, outside of the fact they were excoriated by the newly elected president. But Trump’s incessant attacks on that elite gave them collective self-awareness as well as a powerful motive for solidarity. Together, they saw that they represented a nexus of public and private sector interests that shared not only the same prejudices and hatreds, cultural tastes and consumer habits but also the same center of gravity—the U.S.-China relationship. And so, the China Class was born.

Connections that might have once seemed tenuous or nonexistent now became lucid under the light of Trump’s scorn, and the reciprocal scorn of the elite that loathed him.

A decade ago, no one would’ve put NBA superstar LeBron James and Apple CEO Tim Cook in the same family album, but here they are now, linked by their fantastic wealth owing to cheap Chinese manufacturing (Nike sneakers, iPhones, etc.) and a growing Chinese consumer market. The NBA’s $1.5 billion contract with digital service provider Tencent made the Chinese firm the league’s biggest partner outside America. In gratitude, these two-way ambassadors shared the wisdom of the Chinese Communist Party with their ignorant countrymen. After an an NBA executive tweeted in defense of Hong Kong dissidents, social justice activist King LeBron told Americans to watch their tongues. “Even though yes, we do have freedom of speech,” said James, “it can be a lot of negative that comes with it.”

Because of Trump’s pressure on the Americans who benefited extravagantly from the U.S.-China relationship, these strange bedfellows acquired what Marxists call class consciousness—and joined together to fight back, further cementing their relationships with their Chinese patrons. United now, these disparate American institutions lost any sense of circumspection or shame about cashing checks from the Chinese Communist Party, no matter what horrors the CCP visited on the prisoners of its slave labor camps and no matter what threat China’s spy services and the People’s Liberation Army might pose to national security. Think tanks and research institutions like the Atlantic Council, the Center for American Progress, the EastWest Institute, the Carter Center, the Carnegie Endowment for International Peace, Johns Hopkins School of Advanced International Studies, and others gorged themselves on Chinese money. The world-famous Brookings Institution had no scruples about publishing a report funded by Chinese telecom company Huawei that praised Huawei technology.

Nothing I can disagree with,the Chinese are the new hegemon ,now there is Nothing to impede their progress and sure up their power,occasionally the elite liberal class may rant about human rights,the Uighur issue etc,but it’s all show,because when did they ever care about human rights as they cut a bloody swath through the Middle East and Africa,erstwhile filling their pockets from the sales of weaponry deals..Good analysis,with abit of history thrown in,All good educational stuff..

So true. You might want to read the late James Burnham’s “The Suicide of the West”. It was he who revived the old sobriquet, calling the Democrats “The Party of Treason”. Beijing Biden may oversee the last four years of American freedom. It’s the old teeter/totter: when liberalism goes up, individual freedom goes down. So freakin’ glad I was born in 1945. We’re toast—Chinese toast. 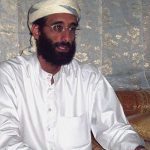